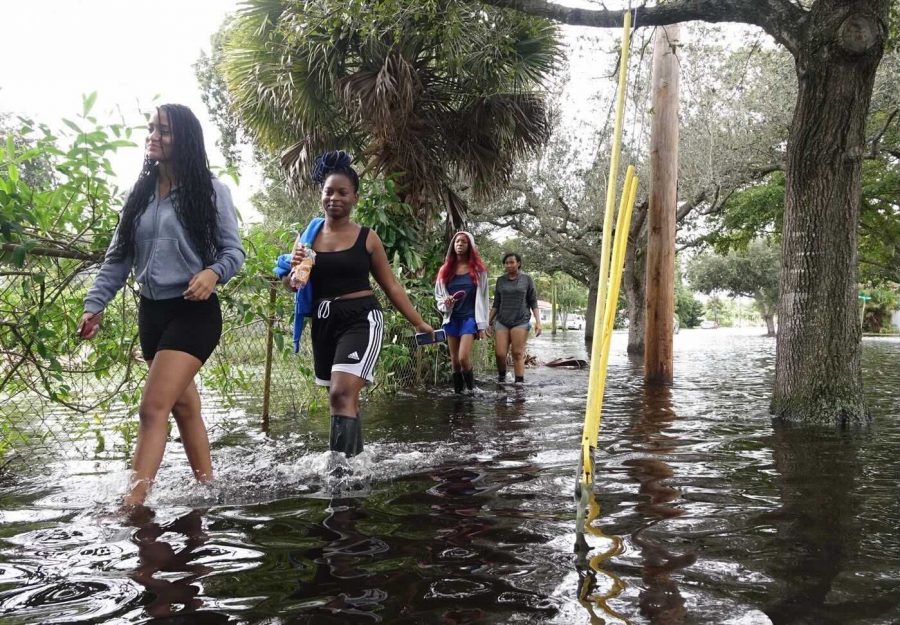 On Monday, Nov. 1, tropical storm and hurricane watches and warnings were issued throughout Honduras and Nicaragua as the slow-moving Tropical Storm Eta started to approach. Shelters had to be set up in El Salvador and Costa Rica, while people in Panama and Guatemala were warned of the strength of this storm.

Tropical Storm Eta consisted of flash flooding, landslides and mudslides due to the major winds and the storm surges that occurred near landfall in Central America.

On Friday, Nov. 6, tropical storm watches were issued in the Florida Keys, as well as on the mainland. In the following days, the watches turned into warnings. On Saturday, Nov. 7, a state of emergency was declared in certain counties, including Broward, Collier, Hendry, Lee, Martin, Miami-Dade, Monroe and Palm Beach County ahead of Tropical Storm Eta.

“A total of 23 public schools in Broward County transitioned to online learning Tuesday due to flooding and power issues left behind by Tropical Storm Eta,” an article from Local 10 News said.

According to @browardschools on Twitter at 4:19 p.m. on Sunday, Nov. 8, Broward County Public Schools would move to 100% eLearning due to Tropical Storm Eta.

“BCPS continues to monitor the path of Tropical Storm Eta and remains in contact with Florida Power and Lights regarding potential outages that may impact eLearning on Monday, Nov. 9,” BCPS said via Twitter.

Many students at Marjory Stoneman Douglas High School took this day off from school as an advantage to get some work done and to lower their stress levels.

“[Tropical Storm Eta] didn’t affect me because I stuck to my daily routine of doing my school work during the day so I did not have to stress about it at night,” sophomore Emma Betancourt said.

Many students at MSD hoped to the day off for some relaxation but instead dealt with high rains, strong winds and power fluctuations.

“The only thing I experienced from the storm was a few trees that fell, little to no internet, and power outages in houses on my street,” freshman Arlanni Velez said.

A couple of hours later, BCPS Superintendent Robert Runcie released a new statement saying that BCPS will completely close schools, both eLearning and in person, on Monday, Nov. 9. This meant no classes were conducted due to concerns about the stability of the internet connection.

“Based upon FPL’s expressed concerns for the increasing and sustained winds from #TropicalStormEta, which will cause widespread outages and disruption to Broward Schools, there will be no eLearning on Mon. Nov 9, and all BCPS schools and admin offices will be closed,” BCPS Superintendent Robert Runcie said via Twitter.

According to another Local 10 News article, Broward County has received an average of 10.7625 inches of rain throughout the storm. The largest amount of rain was seen in Miramar, FL, leading at around 16 inches at 5:50 a.m. on Nov. 9.

On Monday, Nov. 9 at 6:05 p.m., Runcie released another statement on Twitter informing students and teachers that Broward County school campuses will be open and ready to operate at their regular schedules for Tuesday, Nov. 10.

Due to the inclement weather, the Parkland Farmers’ Market was also canceled for Sunday, Nov. 15, the second week in a row.