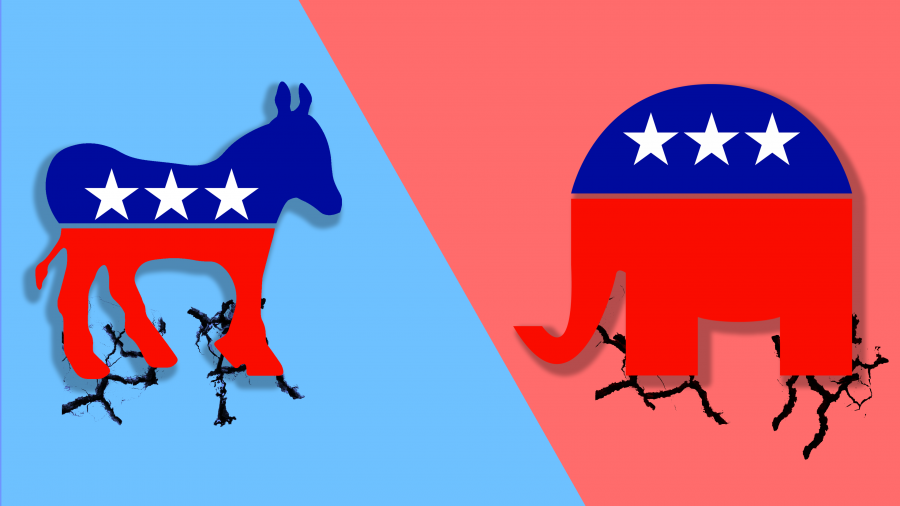 Did you know that the two-party system we have today has been in place since the 1850s? That’s right, the Democratic and Republican parties have been vying for the hearts of the American people for the last 170 years, and that’s a very unsettling prospect.

The two-party system is outdated and no longer fits the needs nor accurately represents the diverse populations living across America. With so many new and diverse outlooks on our political system, the two mainstay parties have morphed into umbrellas, stretching as far as they can to encapsulate anyone whose political views slightly resemble theirs.

Currently, the biggest problem with the two-party system is the fact that an overwhelming amount of political ideologies have to be shoved into one of the two parties.

Both parties, especially the Democratic Party, are at a stage where they have to lump in so many different ideas and causes across the political spectrum just to be able to stand up for themselves. It’s like if every music genre had only one artist, and thus that artist is forced to appeal to a large audience with a variety of somewhat similar, but mostly very diverse musical tastes.

This phenomenon has a lot of negative implications, but the most prominent one is the volume of infighting it creates for people who are supposed to be of the same political beliefs.

If you’ve been paying attention to the news lately, you will have seen some of the headlines about the finger-pointing between progressive and moderate Democrats in regards to the unexpected losses for recent Democratic House of Representatives and Senate campaigns. This is just one example on a very lengthy list of infighting between members of the same party because of the generalization of different ideals.

Undoubtedly, groups like the far right and extreme progressives are becoming more and more burnt out and alienated by their party’s constant middle-ground outlooks.

Similarly, our current two-party system lacks representation for progressive ideas, some of which are supported by a majority of the American population. Emerging policies like Medicare for All, which the majority of the American people want, haven’t been put in place for multiple reasons, with a notable one being the deeply institutionalized and traditional views of each party.

Other reasons, like insurance company funding of each party, consistently stall any attempts to fully implement a M4A system. These companies make sure they’re in the pockets of both parties to keep their business, while helping to deprive the public of an affordable national healthcare system.

While many herald figures like Speaker of the House Rep. Nancy Pelosi for being a pillar of the Democratic Party, in many cases she’s very much influenced by large entities like multinational corporations and insurance companies instead of the people of America.

Additionally, the nature of each party puts them in an arm’s reach of the wealthy. It seems more and more recently we’ve seen our government favor the desires of the upper class as opposed to the lower and middle classes, not to mention the amount of billionaires that contribute to the “grassroots” Democratic Party.

If we want our government to be truly representative of real people, we need to stop allowing the wealthy to dictate what gets done on both sides of the aisle.

Bernie Sanders, for example, is a figure who has long been held in high regard because of his focus on the actual people he’s supposed to be representing, while campaigning as an independent and rejecting sizable donations from the upper class.

Sanders has championed things like M4A, more social programs and the Green New Deal for decades, but he was beaten in the presidential primaries by now President-Elect Joe Biden. Biden, who was supposed to be the “safe candidate” because of his moderate views and position in the Democratic establishment, barely beat Donald Trump in the election, and it remains to be seen whether he actually maintains that win.

Going forward, if we really want to further the development of our country and be more representative of all citizens, we need to drop the two-party system in favor of one that doesn’t juggle to garner support across the spectrum. Only then can we have a functioning system that appeals to and serves every citizen equally.