[Opinion] Individuals should put their pronouns in their bios 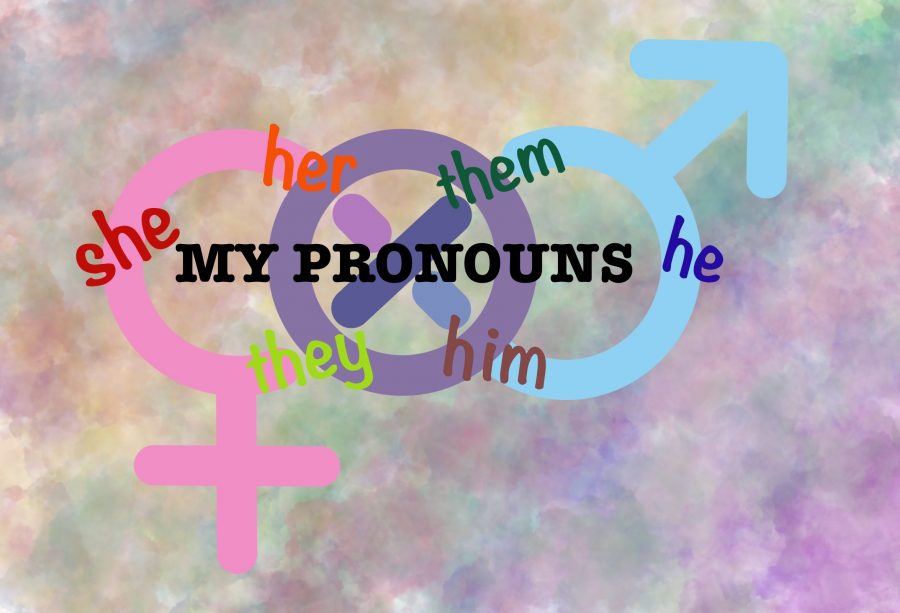 Identifying your preferred gender pronouns in your social media bio is an important step in creating a more inclusive space for all. Graphic by Madison Lenard

If you have been on any social media platforms recently, there is no doubt that you have seen users with any variation of he/him, she/her or they/them in their bio. These pronouns signify the gender with which that person identifies with. Introducing these pronouns along with one’s self is becoming increasingly common in today’s world.

This helps to not only normalize sharing and asking about preferred gender pronouns, but it also brings attention to the fact that using the correct pronouns is important in all settings, not just LGBTQ+ ones.

A popular misconception is that displaying these pronouns implies that you are a member of the LGBTQ+ community or identify as a gender different from the one you were assigned at birth. While this may be true in some instances, it is important that cisgender people, those who identify with the gender they were assigned at birth, normalize the use of these pronouns as well.

Without the normalization of pronouns, it is easy for online bullies to isolate and target those who may identify as transgender or non-binary. By adding your pronouns to your bio, regardless of your own gender identity, you are promoting a safer and more inclusive space for non-cisgender people.

This need for unity is extremely necessary due to the fact that “…transgender students are more likely than were cisgender students to report violence victimization, substance use, and suicide risk,” states an article by the CDC.

The National Center for Transgender Equality additionally states that, “A national survey by GLSEN has found that 75% of transgender youth feel unsafe at school, and those who are able to persevere had significantly lower GPAs, were more likely to miss school out of concern for their safety, and were less likely to plan on continuing their education.”

Normalizing pronouns additionally presents you as an ally towards the LGBTQ+ community and tells everyone that you are not going to assume their gender, nor will you disregard their preferred pronouns.

That being said, I have seen several videos on platforms such as TikTok of people making fun of those who display their pronouns in their bio, including one boy making a mocking claim that he identifies “as a toaster.”

Those who ridicule pronouns fail to recognize that sex and gender are separate and that one cannot determine one’s gender based on their biological sex.

According to prospect.org, a website that publishes news and blogs that represent the opinions of everyday people, “Put simply, sex is your physical body or your biology. Gender identity is who you are as a person, socially, emotionally and psychologically.”

Due to this difference and despite how much one may embody the stereotypes associated with a specific gender or their assigned sex, it is unfair to assume personal identity based on physical appearance.

In order to completely normalize the use of pronouns, it is necessary to include your own in social media bios, Zoom names, email signatures and any other setting in which you must introduce yourself to others.