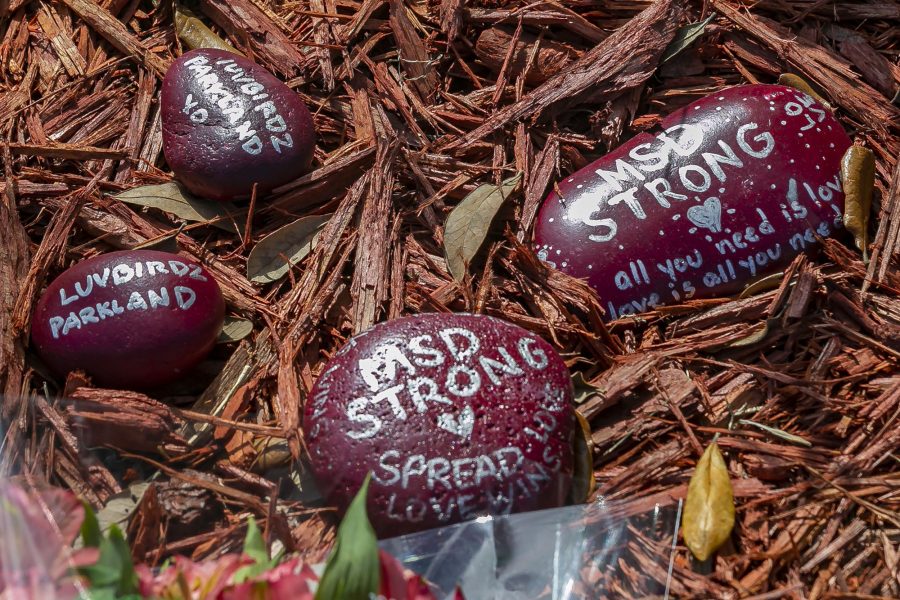 Painted rocks with messages decorate a makeshift memorial outside of Marjory Stoneman Douglas High School in Parkland, Fla., on Friday, Feb. 14, 2020, during the two-year anniversary of the Parkland shooting where 17 victims were killed. (Photo courtesy of Matias J. Ocner/Miami Herald/TNS)

It is no secret that the COVID-19 pandemic has impacted society in more ways than one. Prime examples include students learning virtually and schools putting a pause on graduations and other life milestones. COVID-19 has also pushed the United States into a period of little-to-no school shootings.

Many studies have shown that the 21st century has encompassed the deadliest school shootings nationwide. It has also been proven that as time goes by, every single year tops the previous year not only in the number of shootings, but also in the number of fatalities. While the definition of a “school shooting” varies greatly, COVID-19 has had a lasting impact on every single life that could have been put at risk.

Although COVID-19 has taken the lives of over 400,000 Americans, the plummeting number of mass school shootings leaves many hopeful. With around 2.7 million students across the country attending school virtually, students experience less social interaction and less bullying. Bullying is one of the most common issues many school shooters suffer with.

By having students attend school virtually, the number of lives put at risk has greatly decreased. The idea that students had to be removed from schools to avoid mass school shootings shows how urgent the need for national gun reform is in today’s society.