[Opinion] Influencers are being irresponsible in the middle of a pandemic 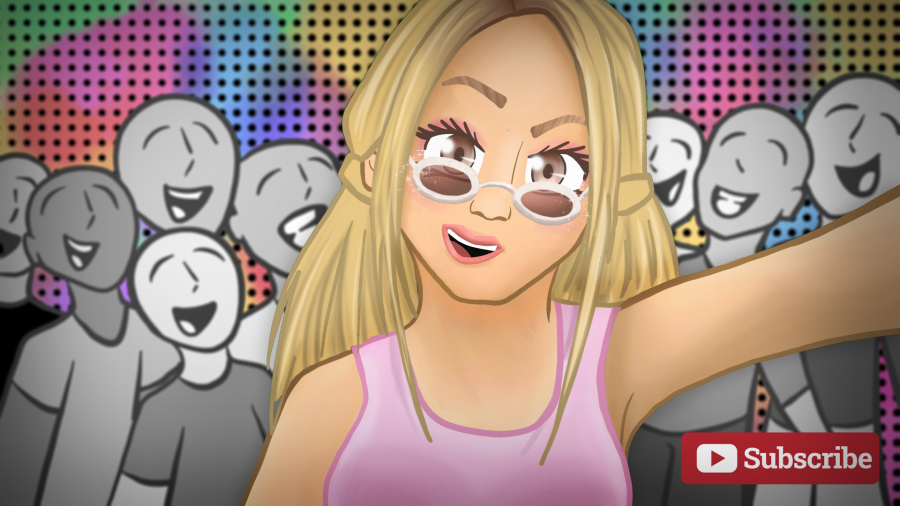 Leading up to the one year mark of COVID-19’s entrance into American life, many influencers have been preaching the importance of social distancing, wearing a face covering and staying home as much as possible to their audiences. Yet, when the cameras stop rolling, they attend massive Los Angeles parties with hundreds of their friends or jet off to somewhere in the Maldives, disregarding the notions they previously endorsed in an effort to pursue their own personal interests. The classic “do as I say, but not as I do.” However, this mentality is more damaging than it seems.

The whole point of being an influencer is having the power to influence people in one way or another. While it is the responsibility of an influencer to impact people in a positive way, this may not always be the case.

They make regular posts on their social media platforms about certain topics, engaging large numbers of people. By doing something as simple as posting a dance to TikTok, influencers are able to market products and services to their followers, generating business for the company that hired them. However, influencers also can persuade their followers’ actions by portraying what is right and what is wrong.

Throughout the pandemic, several influencers from all over the world have felt as if the COVID-19 guidelines, the ones that were put in place in order to keep them safe, do not apply to them.

19-year-old influencer Dixie D’Amelio boasts a following of over 44 million fans on TikTok and 21.3 million followers on Instagram. D’Amelio, who has a primarily young fan base, has struggled to set an appropriate example for her fans during the pandemic. While D’Amelio has encouraged her fans to take COVID-19 precautions, she fails to practice what she preaches.

Instead of keeping a low profile, D’Amelio was spotted in various Hollywood locations, not only attracting paparazzi, but also hoards of fans. Gathering with large amounts of people puts both Dixie and her supporters at risk. By attending social media events and large parties, she shows her fans that it is acceptable to do so.

Jake Paul, a popular social media star with over 20.3 million subscribers on his YouTube channel, ignored the risks of the pandemic when he invited dozens of people to his Calabasas mansion in July with no face masks. Only a few days later, TikTok user Larray threw a birthday party where 67 attendees went maskless.

Tana Mongeau, a well-known YouTuber who attended both events, posted an Instagram story with fellow influencer Erika Costell, where they told the camera “we don’t f—ing care.” Both influencers boast millions of online followers.

The parties didn’t stop there. TikTok star Bryce Hall, with a following of 18.6 million on TikTok, had a massive 21st birthday party with over a hundred people in August, again with no masks. Although Hall claimed in an interview with Entertainment Tonight that he “fully regrets” throwing the party, he was seen gathering with other influencers without a mask just a few days later.

All of these huge gatherings took place in California, a state in which parties are not only prohibited, but the number of cases is so high that hospitals are running out of beds for the ill. By choosing to not wear a face covering and to attend large, unnecessary gatherings, influencers prove to their fans that they do not care about the pandemic, or how their actions will affect others. They also show that their actions are justifiable for their fans to recreate.

Thanks to their platforms, influencers have the ability to make an impact, a real change in this immense time of need. Yet if they continue to speak, but not do, they are just reinforcing the wrong idea. Actions speak louder than words. These creators are a disappointment in a time when their fans need to be guided and encouraged to stay safe.

Nonetheless, it can be difficult to dictate the actions of popular influencers. Their supporters should be educating themselves on the dangers of the pandemic and know to avoid following the poor example set by their idols.

At the end of the day, it comes down to selfishness. Given a role in which what you say and do influences millions, influencers should be more careful when going out in public and should actually do what they preach to others on social media.