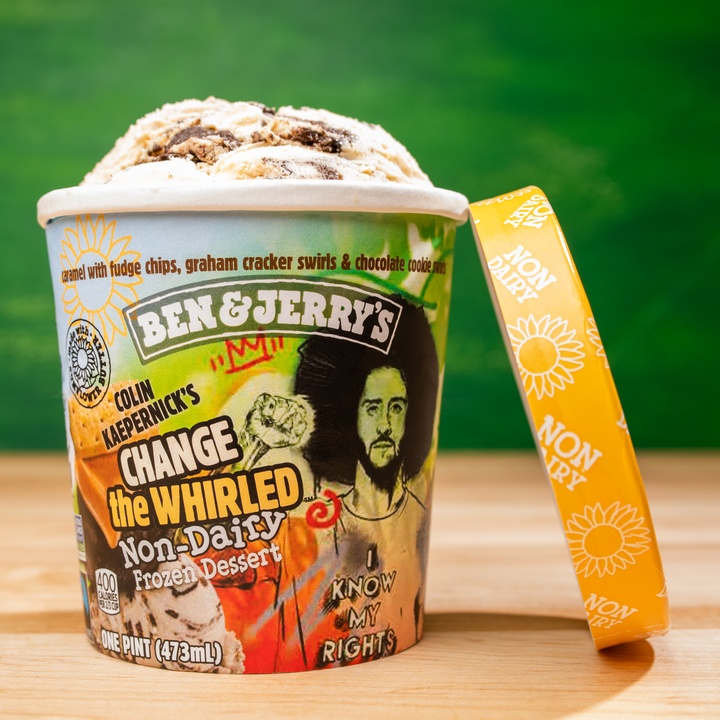 On Dec. 10, 2020, Ben & Jerry’s, a global ice cream company, announced the launch of a permanent flavor in collaboration with activist and former NFL quarterback, Colin Kaepernick. A champion for racial inequality, Kaepernick has used his platform to bring awareness to the racial plight African Americans face on a daily basis through kneeling during the National Anthem since Sept. 1, 2016.

Ben & Jerry’s first connected with Kaepernick in the summer of 2020 after Nike and Ben & Jerry’s released a collaboration ice cream flavor named the Chunky Dunky. All proceeds from this flavor went to Kaepernick’s Know Your Rights Camp Foundation who works to bring relief for those affected by the COVID-19 pandemic.

After collaborating with Nike and the Know Your Rights Camp, Ben & Jerry’s global head of Marketing, Jay Curley, wanted to continue working with Kaepernick. In the wake of many summer protests bringing awareness to victims of police brutality, Ben & Jerry’s took a stance in support of the Black Lives Matter movement. Knowing this, it was not a shock to many when they announced their partnership with Kaepernick for their flavor, Change the Whirled.

“Ben & Jerry’s believes Kaepernick represents the very best of us, willing to use his power and platform in the pursuit of equity and justice rooted in a commitment to love and resistance,” the company said in a press release.

The vegan, kosher and non-dairy treat features a range of ingredients including graham cracker swirls, chocolate cookie swirls and a caramel sunflower butter base with fudge chips.

Kaepernick, who is vegan himself, believes that “[Ben & Jerry’s] commitment to challenging the anti-Black roots of policing in the United States demonstrates a material concern for the well-being of Black and Brown communities. [His] hope is that this partnership will amplify calls to defund and abolish the police and to invest in futures that can make us safer, healthier, and truly free.”