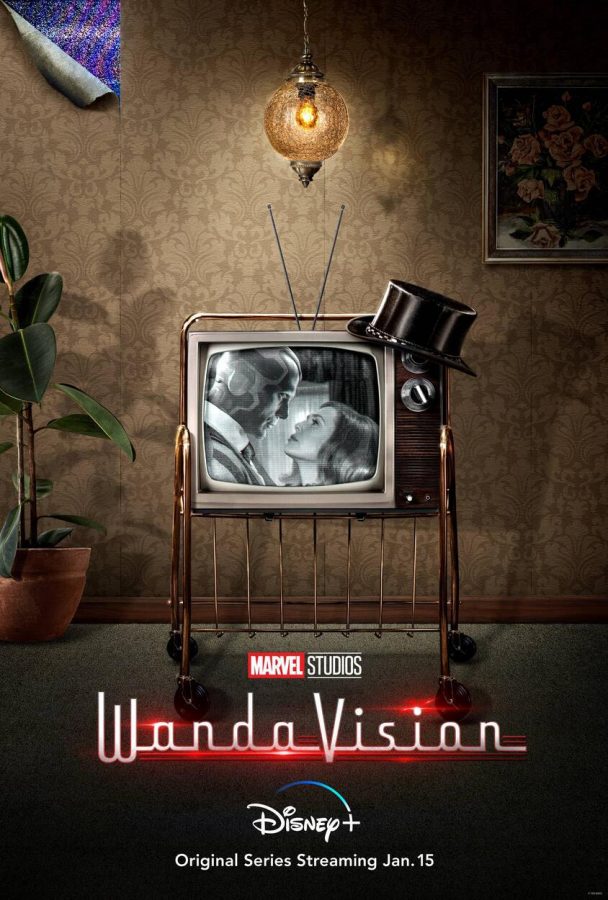 The new sitcom “WandaVision” debuted its first two episodes on the streaming service Disney+ on Jan. 15. Marvel Cinematic Universe characters Wanda Maximoff and Vision were given their own spin-off away from their appearances in other Marvel movies. The cast for this new hit series fits perfectly. Wanda is played by Elizabeth Olson and Vision is played by Paul Bettany.

Marvel Studios has made a comeback with their first Marvel cinematic television show, featured exclusively on Disney Plus. Marvel is usually known for its thriller films such as “Avengers: Endgame.” The introduction of “WandaVision” comforted Disney Plus viewers during these current times as a great entertainment source.

In “WandaVision,” Wanda Maximoff and Vision are a married couple who have just moved to the suburbs. They are trying to fit in while hiding the fact that Vision is a robot and that Wanda has superpowers such as walking through walls. The series only gets more interesting as time goes on.

The first episode starts with Vision’s boss inviting himself to their home for dinner. Wanda and Vision use their powers to save the debacle of a dinner. The couple start to feel like they are fitting in and want to continue being “normal.”

In the second episode, Wanda and Vision begin to prepare for the town’s talent show. Their superpowers end up being difficult to hide when their magic becomes obvious during the performance. Although everything works out in the end, the episode ends on a cliffhanger, leaving the audience wanting more.

The show was so enjoyable to watch and family-friendly. “WandaVision” is the perfect sitcom to watch to snap out of reality for 30 minutes or less.

The design in this series really stood out. Already, the first two episodes portrayed fashion trends from the ’50s and ’60s. The wardrobe really made the setting and characters come to life. It was interesting to see how the different outfits worked with the black-and-white cinema.

The first two episodes of Wanda and Vision were incredibly filmed from the black and white theme, the background laughter and the soundtrack. All of these elements really set high standards for the episodes to come. Marvel has truly outdone themselves with this show.