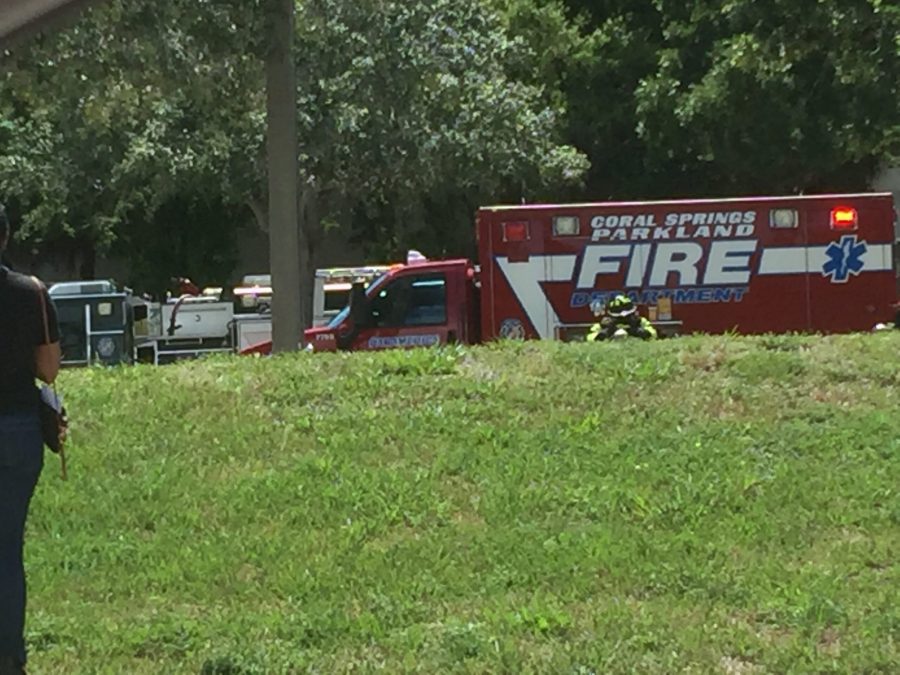 After the last bell rang to dismiss students from school on Tuesday, May 24, things began to get a little strange at Marjory Stoneman Douglas.

“I didn’t even notice it until the announcement came on after school telling us to leave,” Guidance Secretary Amy Pena said. “When I walked outside and noticed that the smell was so strong, I was certainly glad that they had decided to evacuate.”

According to the Fire Report issued by the Coral Springs Fire Department, the Department was called at 2:52 pm-approximately 12 minutes after school had let out- due to various complaints from teachers and administrative staff that the school reeked of propane or natural gas.

“The smell of the gases were coming this way and we weren’t sure exactly what had happened,” School Resource Deputy Scott Peterson said. “It had to be investigated immediately in case there was a safety issue.”

The first responder, Batt. Chief 43, arrived at the school at approximately 3:00 pm, followed by Batt. Chief 80 at 5:20 pm later in the investigation. Upon their arrival, all main gas tanks on school grounds were promptly shut down.

“We would rather be safe than sorry,” Assistant Principal of Fine Arts, Physical Education, Media, Security and Grade 11 Jeff Morford said.

After a few hours of investigation, the responders found that the smell did not come from the school itself, but rather from a surrounding area. Areas such as the Sawgrass Expressway were checked by the Fire Department, but officers could not find the source.

“You always have to have caution when you hear even of the possibility of a gas leak,” Pena said. “I’ve seen gas leaks before, as well as the explosions that can result from them. You just have to be careful.”

Later in the day, Winfred Porter, the assistant principal, sent out a voicemail to the homes of Marjory Stoneman Douglas students to inform families of the events that had occurred.

“We thought it would be better for all of the people driving by seeing all of the fire trucks to know exactly what happened,” Morford said. “We didn’t want to have rumors surfacing.”

According to the Fire Report, the last fire unit was cleared from the school at about 5:30 pm. School resumed as normal the following day.