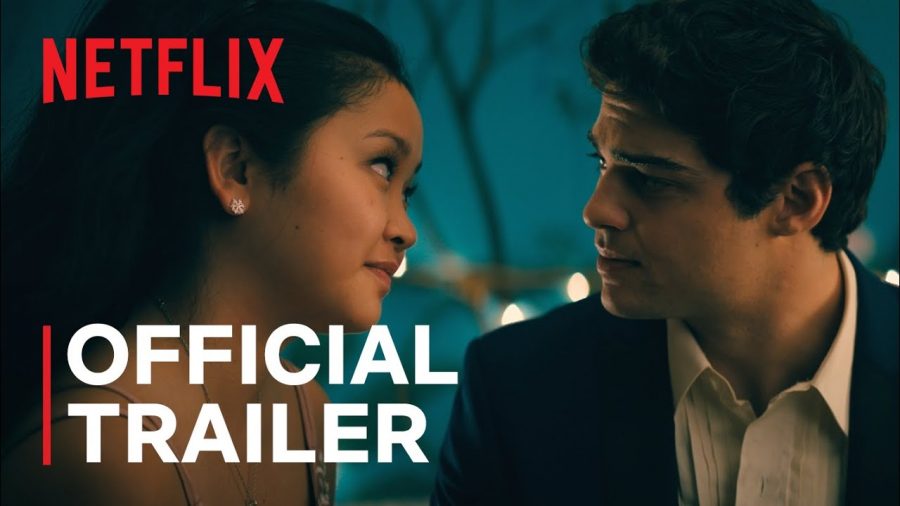 On Friday, Feb. 12, fans finally received the third movie to the series “To All the Boys I’ve Loved Before,” called “To All the Boys: Always and Forever.” The movie includes Lana Condor, who plays Lara Jean Covey, and Noah Centineo, who plays Peter Kavinsky, also known as Lara’s boyfriend. As the movie proceeds, Lara Jean has to organize her college plans and decide if she should revolve her own decision around Kavinsky’s college intentions.

“To All the Boys: Always and Forever” portrays Lara Jean opening college acceptance letters, as her boyfriend, Peter Kavinsky, is already committed to Stanford. However, she soon learns that not everything goes the way you plan.

This is the last movie of the trilogy. The first movie in the series is “To All the Boys I’ve Loved Before,” Lara Jean Covey gets her love letters stolen and sent out to her crushes. One of her crushes Peter Kavinsky makes a plan to be in a fake relationship with her to make his ex jealous. The second movie is “P.S. I Still Love You,” Lara Jean goes on her first-ever date with her boyfriend Peter Kavinsky. As the movie continues to progress Lara Jean then finds out that John Ambrose also received a love letter, which causes Kavinsky to become upset.

Lara Jean applies to Stanford in hopes to be with Peter. However, when she gets back home to check her status only to be disappointed, Lara Jean was filled with despair. She was heartbroken and did not have the guts to tell Peter..

As the audience is left in suspense waiting for Lara to tell Peter the news, the high school goes on a trip to New York City to visit New York University.

The scenes in the movie were very well thought of, each being emotional and funny. Transition shots to change from one setting to the other were smooth and made the story move along nicely. Some of them used animation and some used drawings. The scenes all looked really good.

The soundtrack that was chosen for this movie was really good. The songs that were chosen  were very good because they matched the mood of the movie during different scenes. One of the songs that was used was “Eat Them Apples” by Suzi Wu. This song fit perfectly with the scene because it was upbeat and matched the vibe. Another one of the songs that was used was “17” by The Greeting Committee. “Beginning Middle End” by the Greeting Committee is used as Lara Jean and Peter’s song when Lara Jean is at a party and sends it to him. The song is a parallel to the movie trilogy.

Ultimately, this movie is very entertaining, as it involves several conflicts and keeps the audience on their feet.