[Opinion] The voting age should be lowered to 16 years old 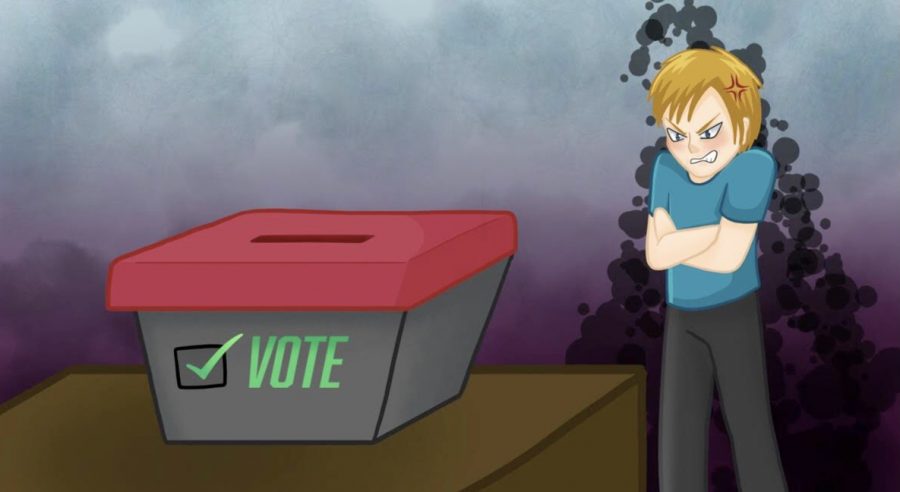 Lowering the voting age to 16 would allow teenagers to have more of a say on the problems that affect them such as climate change and school safety. Graphic by Julia Landy

At 16 years old, individuals are legally allowed to drive and work at a full-time job. Yet, they lack the right to vote. Some people may argue that 16-year-olds shouldn’t be allowed to vote due to their maturity level, however, if that is the case, then why are they driving on our roads today?

According to a Conceptual Analysis article, recent research on adolescent brain development has shown that 16-years-olds have the same abilities for cold cognition as any adult. This research suggests that if ages 16 and up have the same cold cognition abilities as adults, they are more than capable to cast a ballot and understand the significance behind it.

The article Voter Turnout and the Dynamics of Electoral Competition in Established Democracies since 1945 say that researchers have also found out that voter turnout is a habitual behavior, which means the earlier you start voting, the more likely you are to continue in the future. Studies have proven that people who vote for their first three elections are most likely to vote for the rest of their lives. Ages 18 through 21 are the most chaotic years to start voting, as developing a new habitual behavior will be hard, due to a lot of life changes happening at ages 18 through 21.

With topics like school safety and climate change dominating our current political agenda, ages 16 and up deserve to have their voices heard on issues that disproportionately affect them.

Saying this, if ages 16 and up were given the option to vote, matters like climate change might be able to change quickly as they can select the right person to help save our planet. In addition to this, if topics like this don’t change it can negatively impact our youth in the future.

Some teens also worry about the ability to pay for college in the future, as college is very expensive. If teens had the ability to vote they could vote for someone who would reduce the cost of college or make college free.

Since adults can’t relate to everything teens can, teens aged 16 and up should have the option to vote on important issues like school safety. Most adults don’t understand these matters as they don’t regularly attend school.

Considering these benefits, schools might try and help students get registered for voting and help them out on the day of the election. Between the ages 16 and 17 and adults, 16 and 17-year-olds will have more support in voting than adults.

According to Voting at 16: Turnout and the quality of vote choice, countries like Austria have proven that lowering the voting age to 16 has created a high percentage of votes during an election. In 2007, Austria was the first country to lower the voting age from 18 years old to 16. Researchers saw high participation within the voting polls and also saw that more 16 and 17-year-olds voted than ages 18 and up.

Some may say ages 16 and up shouldn’t be allowed to vote due to them not knowing much about history and politics. This is incorrect, as each and every day students learn about history and how it relates to our world today.

As those aged 16 and 17 will have to deal with the consequences of not being able to vote, the voting age should be changed from 18 and up to 16, as 16-year-olds should have a say in who gets elected.