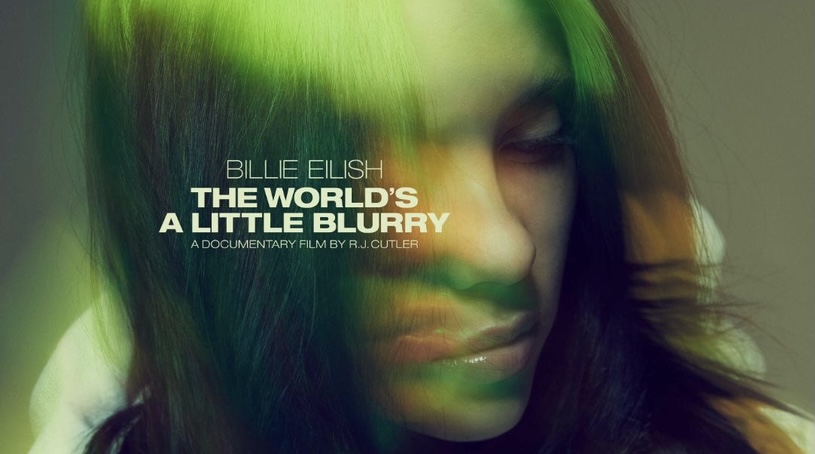 After teasing her new documentary, “The World’s A Little Blurry,” since December, musician Billie Eilish finally released the long-awaited film.

The documentary was released on Friday, Feb. 26 on Apple TV+ and despite being out for a single day, millions of people from around the world have been praising it.

Eilish is a modern pop star with various sides to her, which is portrayed exquisitely in the documentary. The film depicts Eilish’s rise to fame, the people who helped her get there and the struggles she encounters that outsiders do not see.

The film was directed by the incredibly talented R.J. Cutler, who did an amazing job directing. He did not necessarily tell Eilish’s story as much as he lets it unfold to the audience, which made a huge difference.

This documentary is unlike any before because there is no narration. As a result of this, the audience feels as though they are present in the moment on screen instead of simply watching past events from an outside perspective.

Some people might think that the way Eilish and her brother, Finneas, write all of their songs is glamorous, but after watching this film, they would see that might not be all true. Her 2019 debut album, “When We All Fall Asleep, Where Do We Go?,” was written in Finneas’ bedroom in their childhood home. Nevertheless, the album later went on to win five Grammys.

Before finishing the album, Finneas explains the stress he goes under by saying, “I feel like I’ve been, like, told to write a hit, but I’ve been told to not tell Billie that we have to write a hit.”

Just by listening to her music, you can tell that Eilish mostly writes about dark and sad moments. In the documentary, she goes on and says that she writes like this only because she doesn’t know what happiness feels like, so how is she supposed to write something that she does not know about?

Struggling with depression and anxiety is extraordinarily difficult on its own, but Eilish additionally deals with the pressure of being so young in the bright lights of fame, and this film shows what happens behind the scenes of her shows and events.

This documentary is one of the best documentaries made to show people that being famous is not as glamorous as it seems. Everything about it is executed so perfectly that it does not feel like you are watching a two-hour and 20-minute long documentary.

The way that this film shows a lot of the conflicts Eilish goes through is very interesting to see. Not only does it show the struggles, but it also shows that she is still a normal 19-year-old girl living in her childhood home who writes songs with her brother in his room.

If you feel like you know how singer-songwriters live their daily lives and how they deal with pressure, watching this documentary will give you a completely new perspective on it.