What a Democratic Congress means for Biden’s Agenda 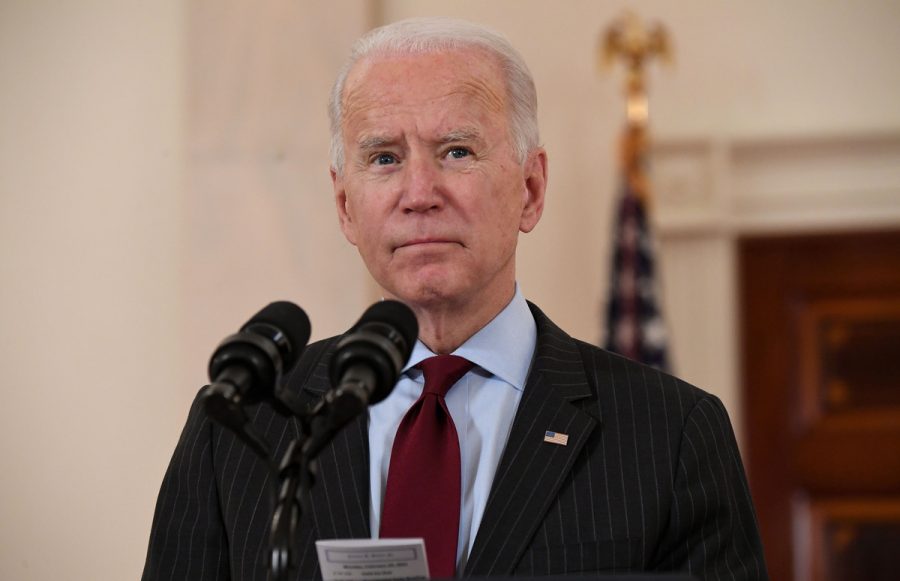 On Jan. 20, 2021, President Joe Biden took control of the White House, as Democrats clinched an executive and legislative trifecta for the first time since 2008. Fueled by the Democratic Senate victories in the Georgia runoff elections, Democrats took control over the Senate and retained their majority in the House of Representatives. But what does a Democratic Congress mean for Biden’s agenda? A lot, but not as much as you might think.

The 117th Congress is one of the most polarized ever, with a 50-50 Senate and only a 10 seat difference in the House. Only once in American history has there previously been a 50-50 Senate, which was back in 2001 with the 107th Congress. Today, Vice President Kamala Harris serves as the President of the Senate and her tie-breaking vote gives Democrats the majority.

The Senate’s rules require cooperation between both parties, which makes it extremely difficult to pass bills. With a Democratic Senate majority, Democrats control committees and can decide which bills get brought to a vote, giving Biden’s cabinet nominees an easier confirmation process and Democratic bills to get votes. But that doesn’t mean passing bills will be easy.

Today’s Republican Party stands in stark opposition to all of Biden’s key legislation. Yet in the current Senate make-up, Biden will have to count on 10 Republican votes to pass a general bill in the Senate. In recent years, filibusters have grown increasingly frequent. Almost every general bill is filibustered by the opposing party which can block the Senate from passing bills and derail legislation. To break a filibuster, the Senate requires a two-thirds majority (60 votes) to pass a cloture motion and suspend debate. Without those 60 votes, a Senator can filibuster a bill for as long as they can talk for and speak about any issue, like how Texas Sen. Ted Cruz read Green Eggs and Ham on the Senate floor while filibustering a 2013 vote on Obamacare. These filibusters can get in the way of Biden and congressional Democrats passing their bills.

However, the filibuster is not the end to all of Biden’s bills. President Biden’s focal legislation right now is a $1.9 trillion COVID-19 relief package called the American Rescue Plan. The package includes money for vaccinations, $1,400 stimulus checks, school reopenings, relief for small businesses and money for state and local aid.

Through a process called budget reconciliation, which decides the federal budget and can only be used once every fiscal year, Democrats can pass their package through Congress without any opportunity for Republicans to filibuster it. The package would only require a simple majority of 51 votes to pass as well.

Biden and Congressional Democrats will move their COVID-19 relief package through Congress this way, but debate remains on how big the package should be and if any moderate Republican Senators would vote for such a big package.

Though, Democrats will not be able to include all of their priorities in the budget reconciliation package, only ones that deal with the federal budget. With Biden proposing numerous bills dealing with issues such as immigration, racial equality, and climate change, he has to work to get moderate Senate Republicans on board and hold his Democratic caucus together to pass these bills.

To even get Vice President Kamala Harris to be the tie-breaking vote in the Senate, all 50 Democrats will have to support the bill. One of those Democrats is West Virginia Senator Joe Manchin.

Manchin has been in the West Virginia political sphere since the mid-80s and is the lone Democrat in a state Trump dominated by 40 points. Manchin has shown opposition to issues like gun reform and a $15 federal minimum wage, and it will be virtually impossible for Democrats to pass any bills without Manchin’s support.

In one ad for Manchin’s 2010 Senate campaign, Manchin is seen shooting through former President Barack Obama’s climate change bill, touting his endorsement from the NRA and vowing to lower the federal deficit, which looks awfully similar to a Republican ad today.

The Biden White House faces some of the most consequential issues of our time, with many extremely difficult political situations to maneuver. With one of the most contentious and polarized congresses in history, Biden will have to hold his caucus together and work with Republicans to get any legislation passed. Biden is in a situation similar to none before in American politics, and what Biden and Congress do in the upcoming months will have immense effects on America’s future.