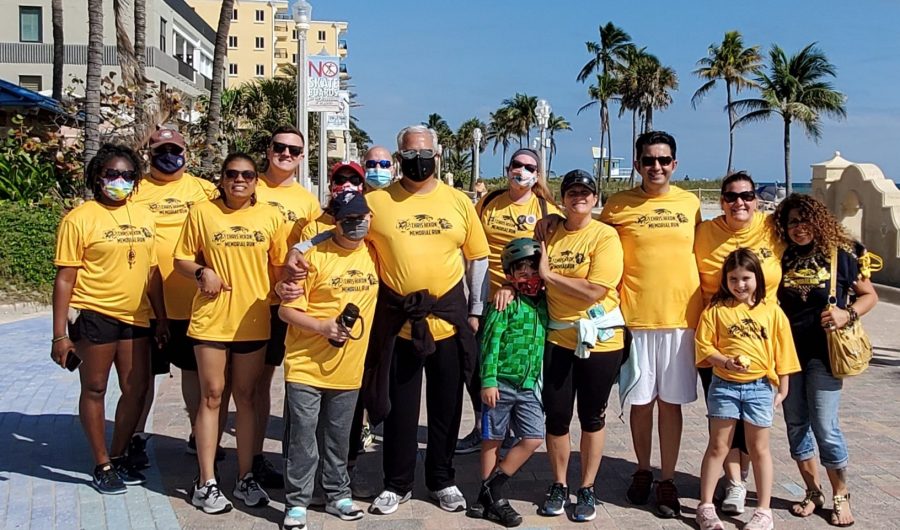 On Saturday, Feb. 20, the third annual Chris Hixon Memorial 5K Run/Walk was hosted virtually. In previous years, the event was held at Charnow Park in Hollywood, Florida; however, this year was different due to an abundance of precautions implemented as a result of the ongoing COVID-19 pandemic.

The purpose of this event is to honor Chris Hixon, the athletic director and wrestling coach who lost his life at Marjory Stoneman Douglas High School on Feb. 14, 2018. It is further used to raise money to support the Chris Hixon Athletic Scholarship Fund that was set up to continue his legacy of helping students.

This scholarship is available for student-athletes enrolled at all of the schools in which Hixon worked at throughout his 20+ years in Broward County. These consist of Blanche Ely High School, South Broward High School and Marjory Stoneman Douglas High School.

Individuals running in the event were able to run any path they wanted as long as the distance amounted to five kilometers, or about 3.1 miles. They also had to be truthful in their recorded times.

While the annual run/walk usually begins at 7 a.m. on Saturday, participants of the virtual event were able to submit their results from Monday, Feb. 15 to Saturday, Feb. 27.

Students from all across Broward County were encouraged to participate in a competition between high schools. The winner was determined by which school had the most people sign up with their special code, with the prize being a generous donation for their respective athletic department.

South Broward High School won $500 for having the most participants in the run for the third year in a row.

The event also attracted runners from different states, with one participant even submitting a photo of snow at their running location.

The cost for the event was $35 per person and included a complimentary shirt, which read “Chris Hixon Memorial Run,” and included the logos of the run’s sponsors, as well as a medal.

The event also offered a kids’ fun run for children ages seven and under, which cost $15. The kids’ fun run was about a quarter-mile, with an average race time of 15 minutes.

“I did the 5K in person last year [and] it was a much more uniting feeling than doing it virtually, but I still enjoyed running for a great purpose,” junior Talya Weinfeld said. “Despite the pandemic, my family and I wanted to keep our tradition of participating every year.”

The idea for a 5K was inspired by the frequent 5K’s that Chris Hixon would frequently participate in with his youngest son, Corey Hixon.

The Chris Hixon Athletic Scholarship Fund posted a picture to Facebook of Corey crossing the finish line at the event in honor of his father.

As participants may no longer input results, 16-year-old Erika Rollins from Dania Beach, Florida was determined the winner with a 15-minute clock time.