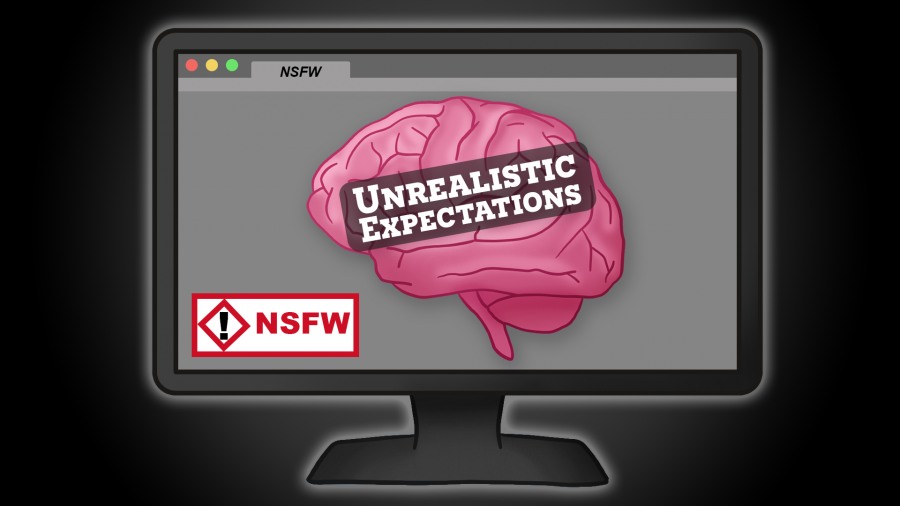 In more ways than one, the effects of excessive pornography watching are a major factor in failed interpersonal relationships, both sexual and strictly platonic. Teenagers who watch high volumes of pornography can have wildly absurd sexual expectations because of constantly seeing professionals act out various unrealistic sexual acts on-screen.

According to the American Addiction Centers, 9 out of 10 boys are exposed to pornography before the age of 18, and, on average, a male’s first exposure to pornography is at 12 years old. While young girls are not excluded from this possible addiction and violence, it is far less common amongst females in general.

The age at which first exposure occurs continuously grows younger as the internet becomes more accessible to young boys, causing several relationship problems. Some of these issues can include unrealistic expectations, emotional distress, performance anxiety, poor impulse control, a decrease in the ability to form healthy relationships and even depression. Not only does this overexposure at a young age cause toxic relationships emotionally, but it results in  more violence and aggression in boys as they grow older, which can lead to incriminating acts of assault or rape if left unchecked.

A pornography addiction is just that: an addiction. Like addictions to drugs and alcohol, an addiction to pornography manifests with similar negative consequences like withdrawals and compulsive behaviors. These addictions may be characterized by taking up a large part of an addict’s daily life, and addicts may find themselves choosing to fulfill their sexual desires rather than socializing or doing other day-to-day activities, like work, school and other extracurricular activities. This leaves them isolated from the outside world, as well as more susceptible to mental illnesses and psychological disorders.

Unhealthy pornography viewing routines can also be a gateway for more extreme pornographic categories. Similar to other addictions, once pornography addicts consume too much normal or “vanilla” pornography, they might become unfulfilled and look to increasingly violent and concerning varieties, including niche fetishes, bestiality and even child pornography. The implications of these more wild categories speak for themselves and lead to more violent behaviors in day-to-day life.

Additionally, as if these detrimental effects were not enough, the mindset of compulsion and self-fulfillment fostered by a pornography addiction may potentially open up addicts to much more harmful substance addictions, such as lethal drugs or prescriptions to unnaturally alter their mood and mental well-being. This is a deeply harmful trait that only temporarily sweeps any problems under the rug and creates an illusion of euphoria; when in reality, these problems continue to manifest.

Clearly, the risk of pornography addiction is becoming more and more common in today’s technologically advanced world, and the discussion on this topic is little to none amongst adolescents and adults alike. Without open dialogue about sexual well-being or the addition of age-restrictions on such websites, the effects of this unhealthy coping mechanism on undeveloped minds present themselves in potentially psychologically scarring and life-altering ways.