Why hockey is not a sport recognized in Florida 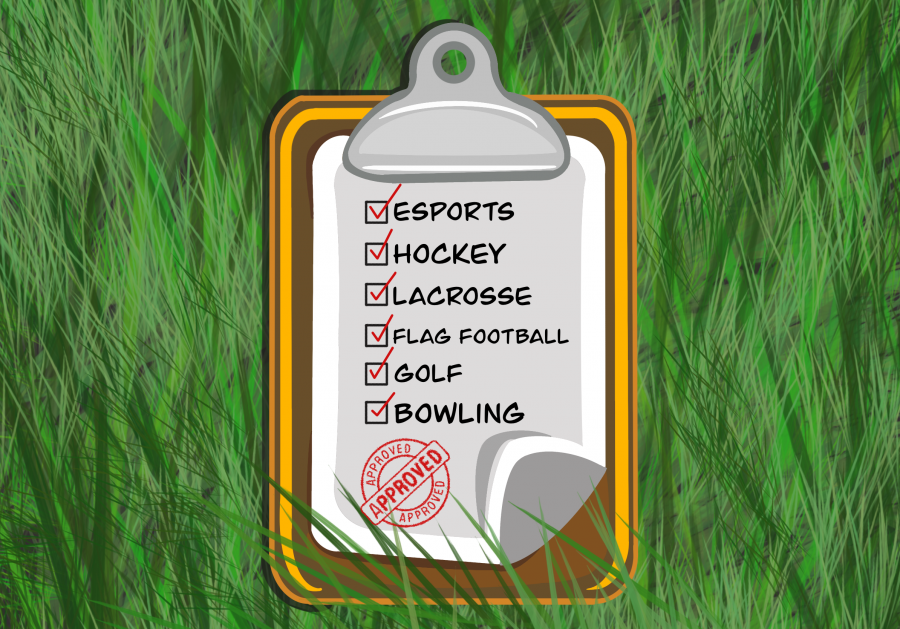 Graphic made by Madison Lenard.

Sports are huge in the state of Florida. Over 200 current NFL players come from Florida. Top NBA talent, such as  Amar’e Stoudemire, also comes from Florida. Stoudemire is most notable for his tenure with Steve Nash on the Phoenix Suns, Stoudemire  was a six time NBA all-star and five time  all NBA team nominee. Tracy McGrady,  is also a native Floridian and is widely known for playing with his cousin Vince Carter. Carter who was also born in Florida played in Toronto for the Raptors. McGrady also played for the Orlando Magic in his prime.

In order to to have a sport sanctioned in Florida, it goes through a committee of people from the Florida High School Athletics Association (FHSAA) to have the sport sanctioned, so sports like football, basketball, baseball and soccer are sanctioned due to popular interest. The committees meet three times a year to discuss sanctioning sports. Currently, there are no sports being discussed, and the last one, which occurred a couple years ago, was lacrosse.

Hockey has been a part of Florida since the early 1990s when the Tampa Bay Lightning became an NHL team in 1992, then the Florida Panthers a year later in 1993. Ever since then, hockey has become a well-known sport in the southernmost state in the United States. Players have not really been given the opportunity to show scouts their skills though, because high schools, prep schools and some travel programs do not go to big market tournaments to get recognition.

“Member [high] schools have to submit in writing to our office the request to add a sport. Once that happens then it goes on, the depending sport will then go to the appropriate committees agenda,” Associative Executive Director for Athletics at the Florida High School Athletics Association  Justin Harrison said.

With how big sports are in Florida, High Schools have a lot of sports to show to the state for players of all sports to have fun.

“Schools statewide recognize all sanctioned sports, some teams do play sports that aren’t sanctioned like hockey. Hockey, a rising sport in Florida, is disregarded as a FHSAA sport,” Harrison said. “We have not heard from any school wanting to add [hockey] to the list, the first step would have to be athletic director at a school would need to submit that to the office and it will follow the same process as all other sports.”

Not only are there pro teams, but youth travel teams are becoming hot commodities as well, such as the Florida Alliance, a Tier 1 AAA hockey program, Palm Beach Hawks, Coral Springs Makos, Clearwater Ice Storm, Tampa Bay Jr. Lightning just to name a few.  These teams are top organizations around the state, with pro influence coming down here to coach. So, with all of this in mind, high schools don’t recognize hockey as a sport, due to the lack of interest by school administration statewide.

“I believe since it is a scholastic sport it should be supported by the school. You are athletes representing an institution just like football, baseball, lacrosse etc. they are all supported sports. It’s done in other states.” MSD2 hockey coach Dan Checchia said.

Two of Checchia’s sons, center Hunter (9) and left wing Owen (18), play for the MSD2. Many current players also enjoy Checchia’s heart and dedication to the game.

There are many reasons why hockey should be considered one of the sports in the state right now with how fast the game is growing nationwide. It is being considered a top sport in the country currently, by sites like ESPN, Sports Illustrated, CBS Sports, Yahoo Sports etc..even though it is still less popular than the more major ones like baseball, football, and basketball.

“[Athletes] can go to their Athletic Director, let them know you have interest in the sport, and would like to file paperwork to get it discussed and sent to us at the FHSAA, in which we will then discuss the agenda of what will take this sport to be sanctioned,” Harrison said.

If people want to make a change regarding hockey as a sport, it will be a group effort that takes a lot of intent and dedication.