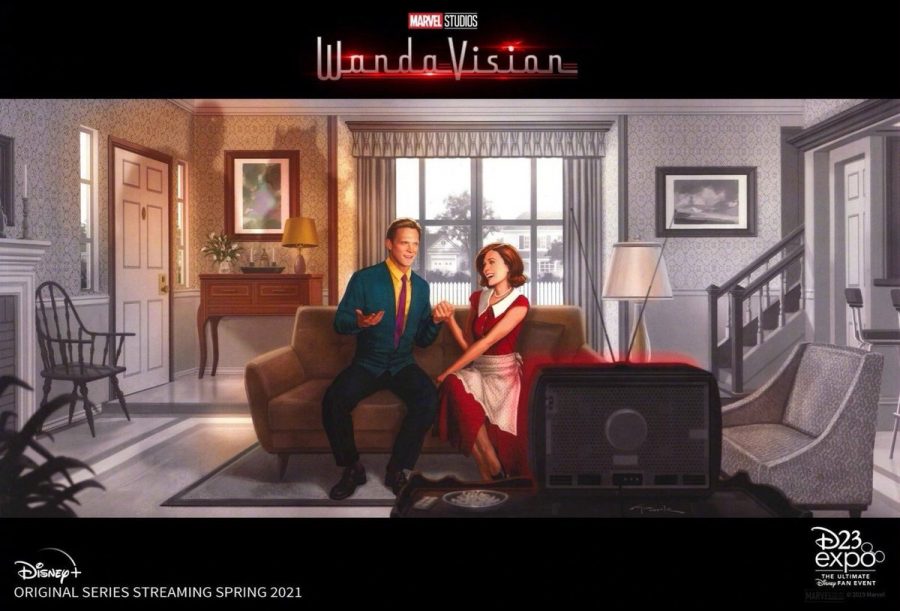 'WandaVision' was announced on April 11, 2019, on Disney Investor Day. Several other DisneyPlus shows were announced then, including 'Falcon and The Winter Soldier' and 'Marvel's What If...?'

The eight-episode series, “WandaVision,” ended on March 6 after two months of weekly releases. It was the first Marvel Cinematic Universe show released on DisneyPlus, which opened up an entirely new and exciting experience for fans to enjoy while waiting for the movies.

Leading actress Elizabeth Olsen plays the emotional role of a grieving woman processing all of her feelings. Olsen’s character, Wanda Maximoff, has always been very emotional, with her powers being fueled by her pain and sadness. This show went more in-depth with her background and her powers.

The premise of the show is Wanda processing her trauma, especially the death of her husband Vision (Paul Bettany). She creates a life of sitcoms within the small town of Westview, New Jersey, creating an illusion of a family with Vision and their two children.

The twins, Billy (Jullian Hillard) and Tommy (Jett Klyne) are both funny and extremely loveable. Their interactions with both of their parents make their characters even more fleshed out, despite having limited screen time.

Many of the side characters have also become fan-favorites, especially the trio of Darcy (Kat Dennings), Jimmy (Randall Park) and Monica (Teyonah Parris). Dennings and Park are both reprising their roles from the “Thor” and “Ant-Man” movies respectively. However, Parris’ role is an aged-up version of the “Captain Marvel” character. The trio was quick to care about each other and their dynamic is unmatched.

Each episode had a different, fun and catchy theme song, with episodes two and six being the best. On top of the theme songs, there is an extra song called “Agatha All Along” from episode seven. The writers of the song, Kristen Anderson-Lopez and Robert Lopez, worked on the soundtracks for “Frozen,” “Frozen 2” and “Coco.”

The show’s plotlines are funny and heartfelt, just like the family sitcoms they are modeled after. The costumes and set design are extremely immersive.

On the superhero side of things, the CGI from small nods to powers to full-out explosions of magic is just as impressive as a full-budgeted Marvel movie. In the finale, Wanda reaches extreme levels of power, which also comes with an official super suit and name reveal.

While most fans predicted the big bad, the reveal and the final fight were total edge-of-your-seat moments. Yet, some other reveals in the finale left fans rather let down. However, this show is only the beginning of the MCU’s Phase 4, which is content to be released from 2021 to 2023, so there will be plenty of opportunities for things to become more clear.