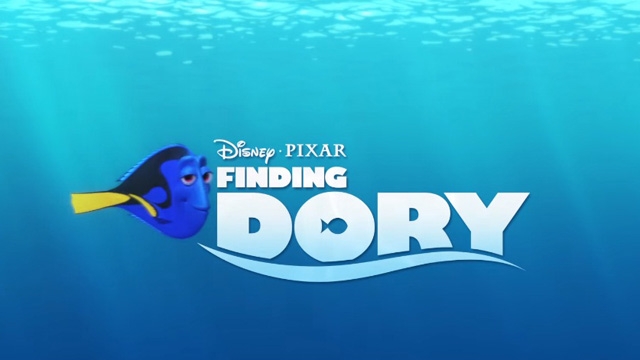 When Ellen DeGeneres announced the highly- anticipated sequel to 2003’s beloved “Finding Dory” on her television talk show in April of 2013, it was time for an instant classic.

In “Finding Nemo,” an overprotective, helicopter-parenting clownfish by the name of Marlin and an amnesic Pacific regal blue tang named Dory (voiced by DeGeneres) take to the seas after Marlin’s only-living offspring, Nemo, is captured by scuba divers and taken to Sydney, Australia. As Marlin and Dory conduct their odyssey, they face sharks, turtles, jellyfish, whales, and a giant fish tank full of lessons in the value of family and friendship.

Thirteen long years after the original film, Marlin and Nemo are back- but this time, in a different pursuit- to find Dory, hence the creatively- titled motion picture.

Depicting the same child-like innocence and curiosity as Nemo did in the first film- only contributing to the directors’ apparent-as-ever, undying need to tug at viewers’ heartstrings- Dory is living alongside Marlin, Nemo and their anemone when she is suddenly plagued by hazy flashbacks of her doting parents, thereby reviving her childhood quest to one day find them again.

Guided only by the insistent recollection of having lived in ‘the jewel of Morro Bay, California’ and Dory’s ever-present short-term memory loss, it’s all-fins-on-deck for the trio to track down the family of everyone’s favorite blue tang fish.

After experiencing an inordinate amount of separations and reunions that can only be expected from a Pixar film, Dory finds herself in the confines of the Marine Life Institute, a Sea World-like theme park-turned rehabilitative habitat of a near-sighted whale shark, concussed beluga whale, grouchy, chameleonic octopus, Orange is the New Black’s “crazy eyes” manifested into disheveled bird form, and the disembodied intercom voice of Sigourney Weaver.

While the film, for the most part, takes place in present-day, “Finding Dory” frequently returns to the scattered- remnants of Dory’s juvenile memories, providing viewers with a front row seat into her childhood. By doing so, the writers of the film tread the waters in portraying the difficulties of having a disability- at one point, Marlin sharply tells Dory to “go wait over there and forget,” since it’s “what she does best,” and even discourages her from attending school with Mr. Ray because he believes that she would only be a nuisance. Along Dory’s journey to find her parents, however, she meets other disabled animals that have learned to deal with their impediments, further evidencing the subtle yet impactful message that both cognitive and physical differences should be celebrated rather than reprobated.

But just as Dory doesn’t let her disability stand in the way of her finding her parents, “Finding Dory” doesn’t let Dory’s memory loss stand in as the story’s exclusive plot. Packed with the same genre of effective tear-jerking, nail-biting and eye-twinkling moments as the original, the long-awaited sequel to the 2003 Academy Award winner for Best Animated Feature Film does not in any way disappoint- and makes quite a splash of its own.

“Finding Dory” is rated PG by the MPAA, or the Motion Picture Association of America for mild thematic elements, including slight violence, rude commentary, perilous situations, sexual innuendos, slang words, and name-calling. Its running time is 105 minutes, and it was released on June 17th of 2016.

To purchase the soundtrack to the film, click here: https://www.amazon.com/Finding-Dory-Soundtrack/dp/B01CV14HM2