[Opinion] Should the Tokyo Olympic games be held this summer? 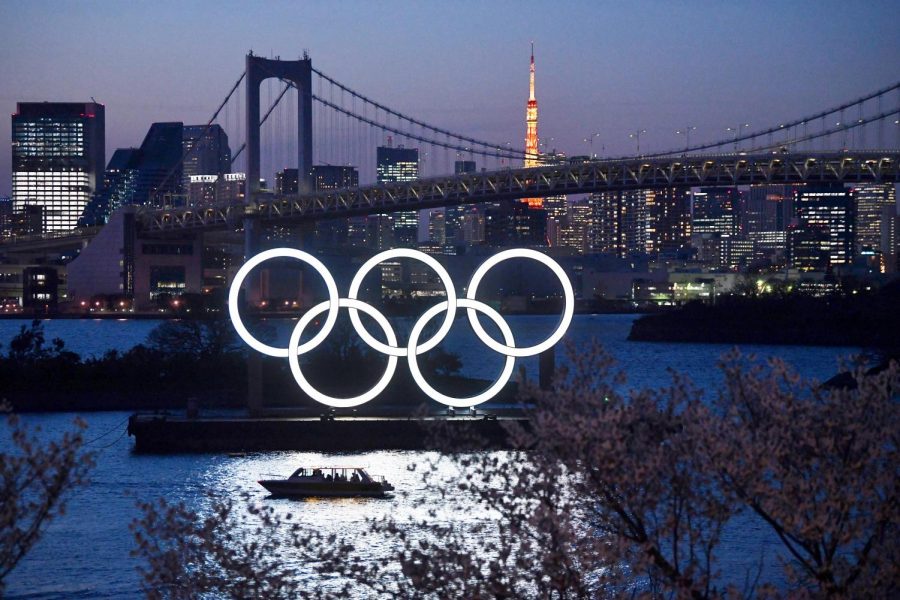 GOLD! SILVER! BRONZE! The 2020 Olympics are being held in Tokyo Japan on July 28, 2021. Last year it was postponed due to COVID-19. Photo by Brianna Jesionowski

Last year, due to the rapid spread of COVID-19, the Olympic Games were unable to be held on their original date for the first time since 1944. After being postponed for a year, the Olympics are set to take place this summer in Tokyo from July 28 to Aug. 8.

Millions of people from all over the world tune into the games to support their country and watch the best of the best athletes compete for domination. According to CNN, the 2012 summer Olympics, which were held in London, England, was the most-watched event in U.S. TV history; over 219 million Americans watched the games that year.

Before this past year, the summer games were never held in a year ending with an odd number. Even though the Olympics have been fully canceled in the past, no games have ever been postponed in the way that the upcoming events have been.

Due to the pandemic, sporting events across the world have been held either with limited or no fans. Currently, there is no specific update on which fans will be attending the Olympics or not. There probably will only be limited residents of Japan all wearing face coverings attending the summer games. However, the government of Japan has not said anything about mask enforcement.

The fans able to attend the 2021 Olympic games may be limited to only Japanese residents as other fans would need to travel, risking exposure to COVID-19. It is not a good idea for fans to travel internationally during this time. There is no difference between today and a year ago when COVID-19 began. It would be extremely disappointing for tons of people to get the virus from attending an event.

Funny enough, despite the games being played in 2021, it is still titled Tokyo 2020. People in the future may never know that the games were played a year later. Newsweek says, “It won’t happen, and it has nothing to do with changing signs around Tokyo or the amount of promotional material already distributed. It’s all about marketing and branding.”

The games will not be the same this year. It is an odd year so there may be less people who watch it. The players will not feel the same energy as the crowd shares. When athletes compete, they thrive on the crowd cheering them on. It is always a terrific feeling to represent and take home gold for a country.

The International Olympic Committee has not set any COVID guidelines yet. It may consist of quarantine before and at the games with athletes wearing a face covering at all times. This is because as long as there are no positive COVID-19 tests, then the games may be back to normal in a way. All players will be able to compete.