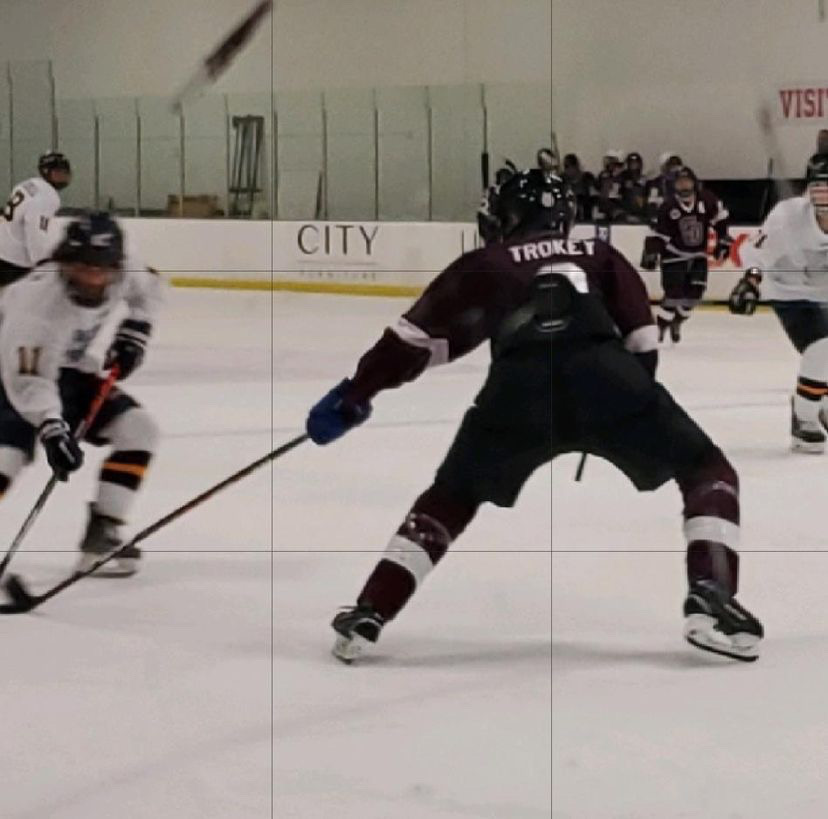 Marjory Stoneman Douglas High School junior Chris Trockey is a defense player for the MSD men’s varsity ice hockey team. Trockey was born and raised in Florida and spent most of his childhood in Coral Springs, FL

Growing up, Trockey participated in other competitive sports such as soccer and baseball. He started playing ice hockey at the age of seven. A passion for hockey runs through his family, leading to his growing interest in it.

“My dad used to play when he was younger, which got me and my brothers into the sport as well. My dad always pushes me to be the best person and athlete I can be,” Trockey said.

Trockey previously played for Stoneman Douglas Division 2. This season, Trockey made the Division 1 team and says it is one of his greatest accomplishments he has achieved in ice hockey so far. Stoneman Douglas ice hockey is considered to be a very competitive program as they go up against many other top teams from South Florida. Aside from school, he plays for the Florida Furry 16AA team.

Trockey has made great friendships in ice hockey. He recalls that his greatest memories of ice hockey so far have been meeting different people and playing ice hockey with them. His most memorable game was when he got his first high school goal in a match against SW Broward.

During the main season, Trockey finds himself on the ice up to three days a week plus the games he goes to. He has learned to balance school work and other activities such as being vice president of the MSD chess club.

“I try to have as little work by the end of the school day and finish any others before or after hockey,” Trockey said.

When asked about how COVID-19 impacted his motivation towards ice hockey, Trockey stated, “It affected how I went about staying in shape but didn’t affect my motivation.”

Trockey had to adjust his method of staying in shape significantly due to the pandemic, however he remained dedicated and motivated in his training. He also strongly believes teamwork has aided in his success on the ice.

“It’s a big importance to the game. You learn very easily one all-star player doesn’t carry a whole team by themselves. You have to work as a team in order to succeed and win,” Trockey said.

Trockey hopes to continue to expand his extensive resume of ice hockey and play at the collegiate level.

“[His mantra is] work hard for what you want. You see a goal in mind, go for it and put everything into achieving that goal,” Trockey said.