THE EAGLE EYE • May 5, 2021 • https://eagleeye.news/21449/artsandleisure/billie-eilish-releases-a-sensational-new-song-and-announces-her-new-long-awaited-album/ 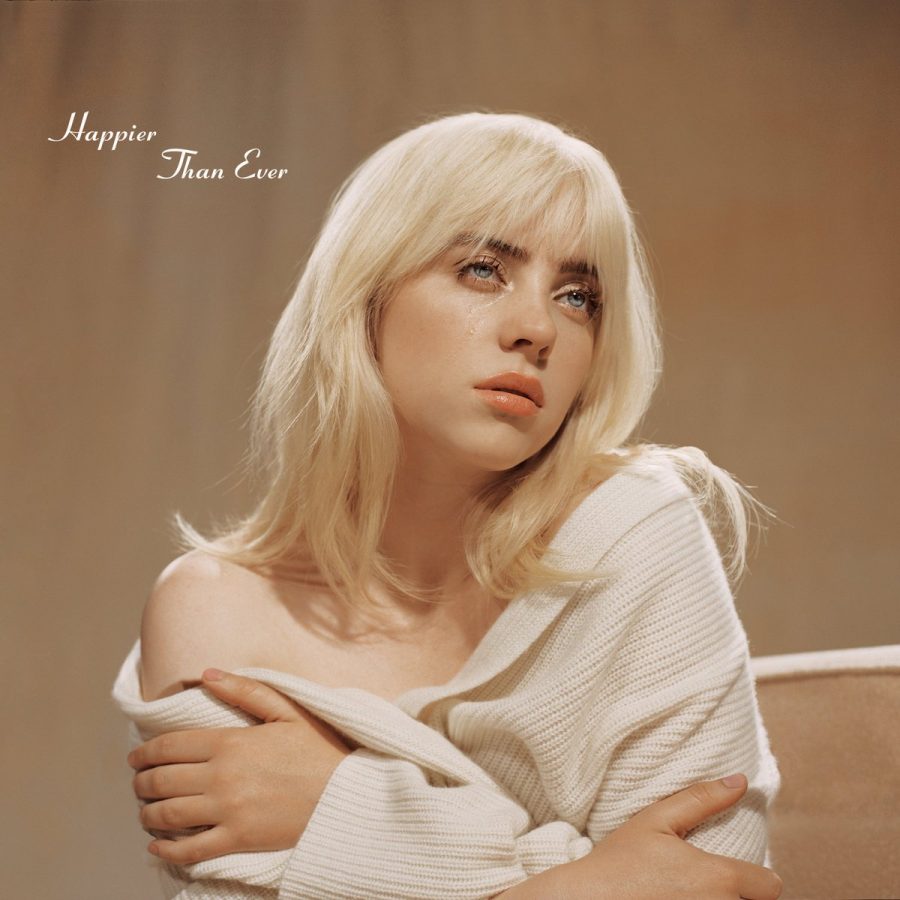 A new song and a new album coming by Billie Eilish stun her fans because of her new style.

After teasing her new album for months on Instagram, Billie Eilish finally released a new song from her summer album, “Happier Than Ever.”

Eilish’s new song, “Your Power,” was released on Thurs., April 29. This is the third song she has released from her new album, including “my future” and “Therefore I Am.”

Eilish has been teasing this album since last year, she decided to share the names of all 16 songs but only having three songs available to listen to. The album will be fully available and released on Fri., July 30, 2021.

The official music video has received over 10 million views on YouTube after just being released for one day.

Although fans could not wait to listen to her new song, Eilish surprised her fans with a completely different style of music. In the past, especially in her most popular album, “WHEN WE ALL FALL ASLEEP, WHERE DO WE GO?,” her songs have been dark and gloomy, but “Your Power” is very different.

The song is a folk ballad with an important underlying message. In the verses of the song, she explains how there was an older man in a relationship with a girl in high school who quickly destroyed her life for fun. In the chorus of the song, it is as if she is trying to give her fans advice about how to navigate the issues she went through.

The song is clearly a direct message towards Eilish’s ex-boyfriend, Brandon ‘Q’ Adams, a 24-year-old man dating a teenager five years younger than him. Eilish’s fans were first revealed to Adams in her Apple TV+ documentary, “The World’s A Little Blurry” after hearing he was in the hospital after breaking his hand out of a fit of anger, which is the main writing point for Eilish.

No matter what song Eilish sings, her voice continues to express power. Despite her gentle and drowsy tone throughout the entire song, the lyrics still remain powerful, as evidenced by the monotone lyrics, “You were the devil… / how dare you and how could you?”
Eilish’s fans are ecstatic to see that she is working hard to release a hefty album by posting their support all over social media, but also that she is doing much better mentally. After listening to “Your Power,” it makes her fans eager to see what the rest of the album has in stock.