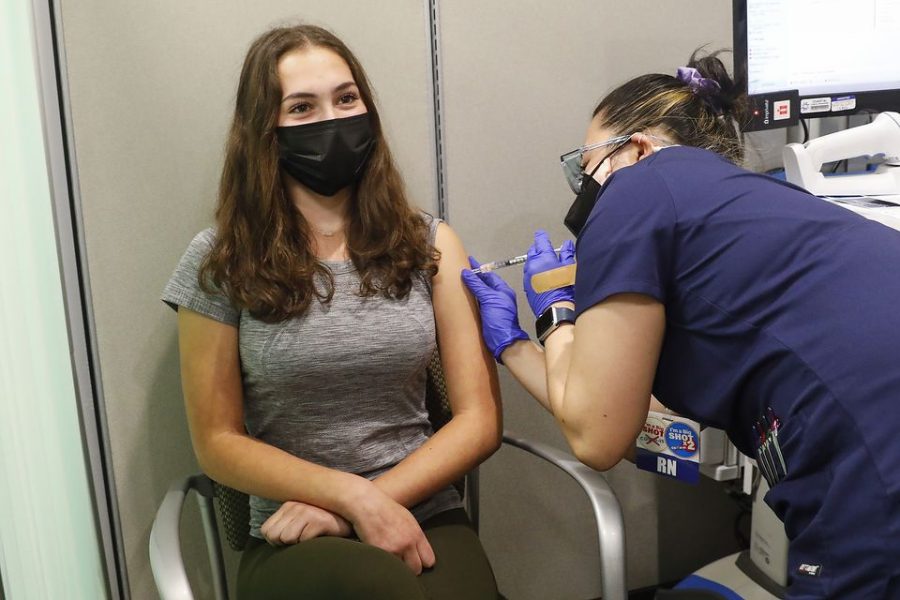 On Tuesday, May 10, the Food and Drug Administration officially approved the Pfizer vaccine to be administered to children ages 12-15.

The FDA initially announced plans to release the Pfizer COVID-19 vaccine to children ages 12-15 on May 4, according to CNN and the New York Times.

In a call on Tuesday, May 4, Pfizer Chief Executive Officer Albert Bourla said the vaccine would come shortly.

The company announced in late March their plans to request authorization to administer the vaccine to adolescents. They had confidence in the vaccine by that point, with clinical test results all coming back extremely promising.

A recent trial done by Pfizer-Biontech showed that out of 2,260 adolescents aged 12-15, the two-dose vaccine was deemed safe. Of the 16 adolescents who got COVID-19, all were given a placebo rather than the actual drug.

The side effects recorded by data were revealed to be no different from those common in vaccinated adults: headache, tiredness, chills, fever, nausea and pain in the arm from the shot.

This push to release the vaccine to younger children and teens came after a rise in the number of COVID-19 cases in adolescents, rising in proportion to the nearly 100 million adults who have been vaccinated in the U.S.

“What I’m hearing right now is support for the measure,” Dr. Shelly McDonald-Pinkett, Chief Medical Officer of Howard University Hospital, said. “Parents want their children to be in school and they want them to be protected.”

The increased availability of the vaccine to students has brought hope to the upcoming 2021-2022 school year for many high school students, Marjory Stoneman Douglas High School students included.

“I definitely hope that the covid regulations at MSD will be less strict next year,” freshman Serkan Aymaz said. “I don’t think rules will change too much because some people might choose to not get the vaccine. Most people haven’t been to school this entire year, and with everyone wearing masks and some (people) being vaccinated, social distancing might not be a big deal anymore.”

The FDA doesn’t plan on stopping vaccine authorization at 12 years old. Plans to submit authorization requests for children ages 2-5 and ages 5-11 in early September have been announced.

According to the New York Times, “The Biden administration announced it will change its vaccination strategy as the pace of inoculations slows, with a goal of immunizing 70 percent of American adults at least partially by July 4.”

Tests are being carried out and have so far come back without unusual side effects. A second batch of results and a possible authorization request are expected in late fourth quarter for children ages 6 months to 2 years old.