[Review] Netflix series “The Circle” Season 2 comes to an end 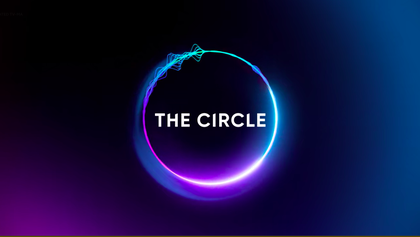 The circle is a show on Netflix where players are confined into their rooms and communicate with each otherwise through messages. They must rank each other after talking and players are voted out. The remaining player wins $100,000.

“The Circle” is an orchestrated social media game show on Netflix in which players are confined to their apartments and can only communicate with each other through text messages displayed on a screen. They have the option of creating a profile as themselves or as a catfish.
This game is all about forming alliances and seeing who can play the most thoughtfully in order to be ranked highest. The players must rate each other every so often, and the top two ranked players will be labeled influencers who are allowed to vote one player out.
When they catfish, they create a profile as a person who is completely different from themselves. It could be someone they know or someone they found on the internet. The main goal is to persuade others that you are who you say you are.
For example, 33-year-old Delessa St. Agathe, who catfished as her husband Trevor, grew up in the Bronx and is the mother of a daughter and another on the way.
She played the game the smartest, formed bonds and convinced the others to believe that she was Trevor.
Season two, which was recently released, was favored by fans over season one. There were a lot of strong friendships and comedy between the characters in this season. The show had a lot of tension and left many viewers hanging on their seats to see who was voted out.
In season 2, there were also famous appearances on the show including Chloe Veitch of Netflix’s Too Hot To Handle, and Lance Bass of the boy band NSYNC.
This show came to a very emotional conclusion. The four remaining characters could not agree on who deserved to win the money prize.
The final four were given the opportunity to meet in person, and the winner of $100,000 was revealed.

While this season sadly came to an end too soon, its popularity allowed it to be renewed for another season which is set to be released in April 2022.