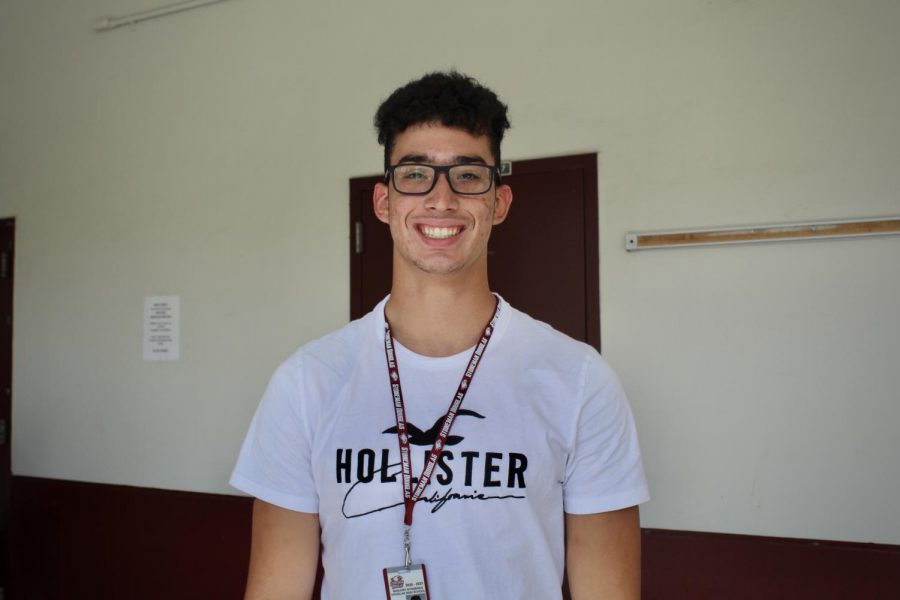 Sophomore Ryan Cruz became the defensive lineman this school year as a result of his hard work and dedication. Photo by Quinn Braun

After the absence of a defensive lineman occurred during the offseason, Marjory Stoneman Douglas High School sophomore Ryan Cruz was called up from the junior varsity football team to fill in the position. Cruz has taken advantage of this opportunity and become an essential part of the Eagles’ football team.

Cruz was first inspired to play football after watching his older brother, Ethan Cruz, play. He began his football career by playing flag football in his childhood. At 11 years old, when Cruz began sixth grade, he started to play tackle football.

Last year, Cruz was the star of the Eagles’ junior varsity football team as a defensive lineman. Going into the 2021-2022 school year, Cruz was told that he was promoted to a position on the varsity team.

“I was starstruck when I heard I got to start,” Cruz said. “I was really excited to hear that all of my hard work was finally paying off.”

In some instances, Cruz is put up against a huge offensive lineman, but he does not let that get to him. He maintains a positive mindset about the matchup and works hard to succeed.

“The best part about Ryan’s game is no matter how big or strong his opponent is, he is always ready to take the challenge on and study his players and talk to me about different ways he can defeat his opponent throughout the game physically and mentally,” sophomore defensive lineman Brooks Sasser (50) said.

Cruz is a leader for the defensive unit. He makes it difficult for teams to call plays on him because of his ability to break through holes. He never gives up on a play and works just as hard off the field. Not only is Cruz a fantastic player, but he cares more about the team winning than just himself.

“I think my favorite thing about Ryan is his attitude,” Coach George LePorte said. “He is all about the team, and every time I talk to him, he’s got a smile on his face.”

“Agendas are the key to my success [because] they show me how much work I [have] to do,” Cruz said.

Currently, Cruz is in his second year of high school, and as a result, he has the second remainder of high school and onward to improve and become the best player and person he can be.

Cruz lives with his mom, dad, two brothers and sister. Besides football, he enjoys hanging out with friends.

Once Cruz completes his four years at MSD, he has high hopes about playing professionally in the future. His top two college choices are the University of Florida and Florida State University. Once he is past the college level, he intends to play for a National Football League (NFL) team.