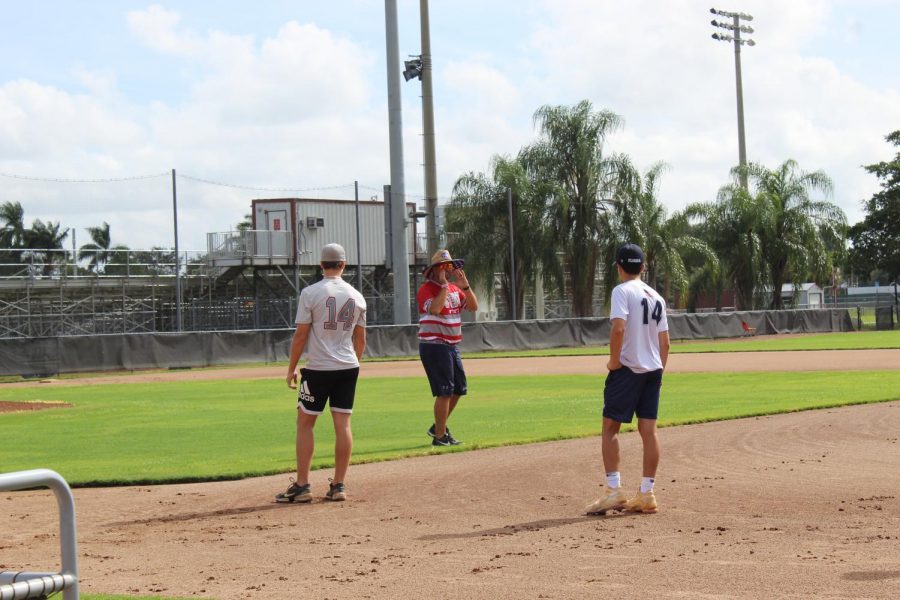 Fitz-Gerald was given the Florida Dairy Farmers’ State coach of the Year award twice, as he received this award for the first time back in 2016. He is also the fourth coach to win this award multiple times

Fitz-Gerald also won the 2021 National Coach of The Year for the third time. He has previously won this award back in 2016 and 2018.

Fitz-Gerald led the baseball team to a record of 28-2 last year, the team won their second state championship in six years, before winning the national championships last spring.

Fitz-Gerald is also a science teacher at MSD. He currently teaches environmental science, but has taught many other classes in the past.

He balances teaching on campus and being an elite baseball coach. The several accolades and awards are a physical representation of his hard work and dedication, yet he still gives all the credit to his team.

“This is not just a one-person award, this is for everybody who has a part in the organization,” Fitz-Gerald said. “It’s all about the kids and what they were able to do.”

Fitz-Gerald has further expressed how being a teacher at MSD makes his coaching for the baseball team easier as he can check up on students on the team and see them at the school.

“I think being a coach and a teacher is really helpful because you get to see the kids everyday on campus. It’s much easier to be a teacher than to come from a (regular) job and then be a baseball coach,” Fitzgerald said.

After a successful past year with Fitz-Gerald leading the baseball team to an incredible record and both national and state championships, one can only think about how the team is going to try and repeat such an incredible season of baseball.

With higher stakes and expectations, the new varsity baseball team will have to work even harder for their upcoming season. Fitz-Gerald will continue to add on to his accomplishments and lead the team towards another successful year. The MSD baseball season begins on Jan. 24, 2022.