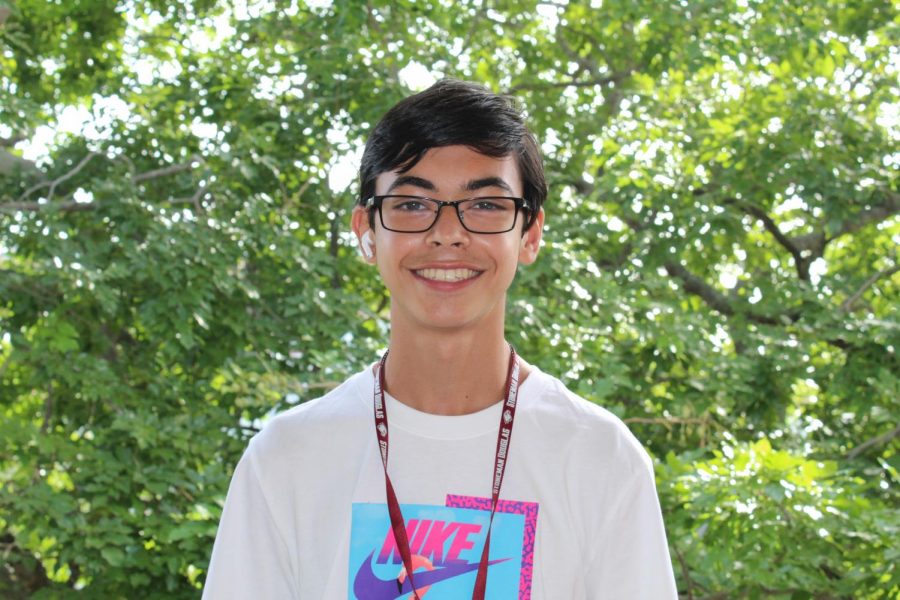 MSD junior Tevye Singh aims to set a personal record of 19 minutes by the end of his 2021-2022 cross country season.

On Thursday, Oct. 6, and Saturday, Oct. 9, the Marjory Stoneman Douglas High School men’s cross country team made their way to Markham Park for their eighth and ninth meets of the season. Although many runners for the Eagles viewed the events as just another meet, those days would be memorable for Tevye Singh.

Singh is a junior at MSD who has always had a keen interest in sports requiring agility. Growing up, he was inspired by the people around him to become active and develop a strong mentality.

Singh’s interest in high-intensity sports started at a young age, as he became interested in and played flag football. This enthusiasm for sports and the influence of his family and peers accumulated over time, leading to his decision to begin running cross country in his freshman year.

Singh started his cross country career with no intent on making it a primary focus during his time in high school, but he quickly became attached to the sport and put in the hard work towards continuous improvement.

“I eventually took [cross country] more seriously because I decided to [try harder],” Singh said. “Now, I run a 20:12. I enjoy cross country because I get to hang out with friends as I improve every day.”

The journey towards Singh’s new personal record required a lot of effort, but his mentality allowed his dream to become a reality.

“I always try to do the full workout and more. That’s likely why I’ve improved so much,” Singh said.

Aside from his determination, another key trait Singh has is his competitiveness, which allows him to strive towards standing out among not only his competition, but his teammates.

“Even though [my teammates] are my friends, and I enjoy doing cross country with them, I will always try to outwork everyone around me,” Singh said.

Singh applies his many valuable characteristics to his productivity in each of his meets. With a good work ethic, he is able to follow a practice schedule, set by his coaches, to run faster on a daily basis.

“I have been continuously coming to practice, which allowed my personal time to rise the way it did,” Singh said. “My coaching staff has done a great job of planning the workouts and making sure they are done correctly.”

Singh has helped lead the Eagles to many victories during his two previous years on the team, but he still strove for more as the 2021 season approached. Before the season, he had a personal record of 21:30.

Singh’s constant success in cross country led him to his meet on Wednesday, Oct. 6, in which all of his hard work paid off. In the meet, which consisted of a 5k race (about 3.1 miles), Singh displayed his determination and leadership skills as he dedicated a lot of his effort to run faster than he ever has before.

“[Singh is] a solid runner,” junior and cross country runner Quinn McClusky said. “His hard work is paying off.”

In the meet, Singh finished with a 21:04, which he knew was a personal record. His new fastest time ultimately allowed the Eagles to rise in the event’s standings and put them on the meet’s podium.

However, Singh continued to work hard towards improvement, leading to his desire to run even faster than his past personal times.

“Once I ran a personal record of 21:04. I knew that I still had a lot of space to improve, so this meet, I told myself that I was going to get inside 20 minutes,” Singh said.”

With a new goal in mind, Singh went into the meet on Saturday, Oct. 9 with the intent to run under 20 minutes. When he finished the 5k, he saw his new time of 20:12, which beat his old personal record by 78 seconds and his most recent personal record by 52 seconds.

Although Singh was ecstatic to achieve an improvement of about a minute, his mentality greatly transformed, allowing a better, new goal to formulate.

“I was actually kind of upset because I was 12 seconds away from reaching 19 minutes,” Singh said. “My goals completely changed when I saw the clock on the last 200 meters.”

Singh looks to reach his 19-minute goal by the end of the 2021 season, which he sees as a great feat to overcome. He looks forward to the rest of the season with high hopes, and expects to set new goals for his senior season next year.