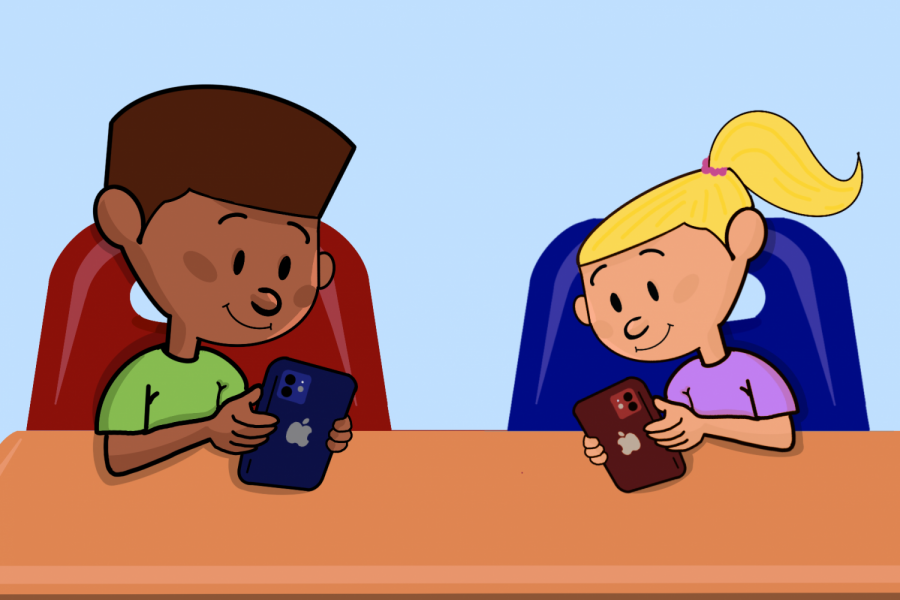 A child under 13 can be severely impacted by the psychological effects of social media.

Social media does have a variety of benefits, such as the ability to openly interact with friends and family, along with increased awareness on important issues happening around the world, like racial inequality and global warming.

Despite all the positive aspects of social media, there are still an abundance of risk factors, such as privacy endangerment, exploitation and online harassment. All these negatives make social platforms a dangerous place for children under 13 years old.

Nearly every social media platform has a protocol that states users must be at least 13 years of age to make an account due to the Children’s Online Privacy Protection Rule. Although this rule helps keep children under 13 years old safe by protecting their privacy, it is not enough to keep children off of social media, as this is an easily bypassable measure. The law was enforced in 2000, making it outdated in regard to current social media issues.

At the end of the day, parents have the most control over their children and the social media accounts they chose to make despite the implementation of the “protection rule.” As a result, it is up to the adults to understand the dangerous and mature content their children may be exposed to, and therefore determine its overall safety.

Furthermore, with millions of social media users, it is common for children to be targeted by predators. Kids are extremely vulnerable on the internet, especially at such a naive and immature age. When it comes to content related to sexual exploitation, cyberbullying or online scams, adolescents are likely to be victimized. Without being properly monitored by parents, children are easily susceptible in these situations.

Additionally, social media is known to promote unrealistic lifestyles and beauty standards, such as with heavily photoshopped posts that can affect an individual’s body image, self confidence and overall mental health. There have been numerous discussions of how young girls have fallen victim to the pressures of social media due to unrealistic expectations that social media shapes around young women. At such a young age, children should not be worrying about how they look or dress in comparison to social media influencers.

The majority of adolescents are not taught about the dangers of social media or how to remain protected and safe while on the internet. Online safety is one of the most important lessons to teach children, especially due to the impact the internet and technology has on today’s generation.

Even while being closely monitored by parents, children can never be fully protected from the dangers of social media. With all the risks and negative sides of these platforms, it is better for children under the age of 13 years old to stay off these apps in general. Parents should look into the risks of social media before they allow their kids on the internet. My advice is to keep kids off social media as long as possible. Children have their whole lives ahead to experience these enlightening, yet dangerous platforms.