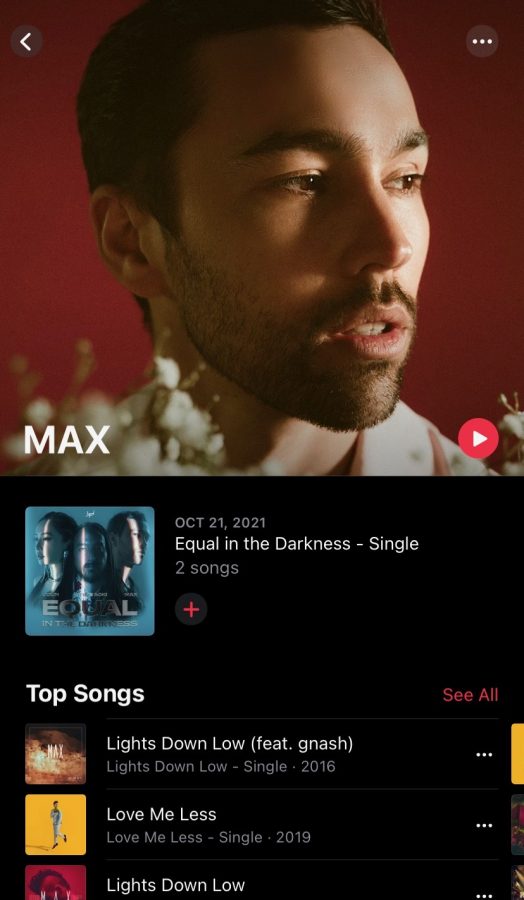 Throughout his career, MAX has been nominated for numerous awards, such as the “Best Pop Artist” award at Asia Artist Awards in 2020. With the debut of his new single, MAX’s success in the music world continues to flourish.

“Butterflies” is a song about MAX’s unconditional love for his wife, Emily Cannon, who he married in April of 2016, and how his adoration of her grows everyday he is with her. The song’s lyrics and overall meaning are adorable, showing how his wife continues to give him the same lovestruck jitters as she did when he first fell in love with her and how pure their love for one another remains.

Although the lyrics are heartfelt and meaningful, the song itself is overall underwhelming in its composition. The music lacks originality and made me feel as though I was listening to any other song on the radio.

The lack of uniqueness was also accompanied by poor delivery of the song’s topic. It was hard to feel the emotion MAX was attempting to convey due to the way it was presented.

If the song had been performed with a more sentimental tone, it would have made it easier to truly connect to the piece and really feel MAX’s emotions. A large part about composing a song is conveying emotion to the audience, and I feel as though this is something MAX struggled with, which is unfortunate because the lyrics had the potential to create something beautiful.

Though I am disappointed with the musical aspect of the song, the visuals in the music video are gorgeous. Watching their relationship grow really enhanced the emotional impact “Butterflies” left. Throughout the video, the viewer becomes a witness to young love blossoming, and sees the true innocence MAX and Emily Cannon’s love contains.

Overall, “Butterflies” by MAX is a mediocre song with an adorable music video. I feel as though MAX could improve the expression of his emotion through the music itself, and not purely rely on the lyrics to convey the message of his song. If these critiques were applied, MAX could have exceeded his listener’s expectations and enhanced his art.