[Review] ‘My hero academia: World Heroes Mission’ is a must-watch 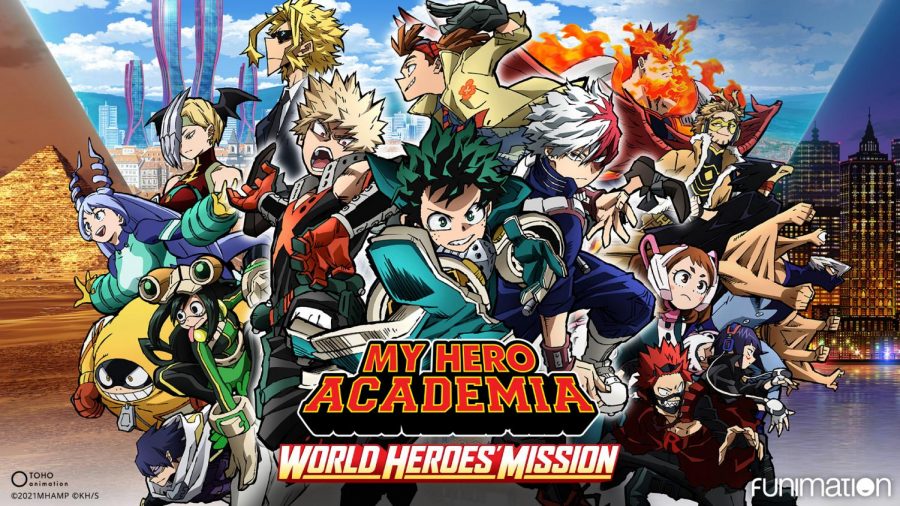 My Hero Academia is a must-watch anime featuring action scenes and complex storylines.

“My Hero Academia: World Heroes Mission” is a must-watch for anime fans everywhere. From intense fight scenes to hilarious, laugh-out-loud moments, it is the perfect movie for anyone who wants to enjoy a good film.

This movie is based on the popular anime series “My Hero Academia” and follows the main protagonist Izuku Midoriya on a mission to stop an evil terrorist organization called Humarise. After plans go south, our hero finds himself on the run with Rody Soul, a teenage con-artist.

“My Hero Academia” is the animated adaptation of the manga, a Japanese comic, of the same name. Written by Kohei Horikoshi, the story follows Midoriya, who is born powerless in a world full of superpowers, also known as quirks, in his journey to becoming a pro-hero.

Upon meeting All-Might, the number one hero, Midoriya obtains a quirk from the pro, called “One For All”, a power that enhances the strength of a human immensely when used correctly. Throughout the story, he attends a hero school, fights treacherous villains, makes friends and learns to control his new powers.

This movie takes place around the fifth, and latest, season of the series. More specifically, it occurs during the Endeavor Agency Arc, the second storyline of season five that features Midoriya, Bakugo, and Todoroki working at pro-hero Endeavor’s hero agency. The film has a standalone quality to it though, so it has no effect on the anime’s actual storyline.

A great aspect about this movie is that viewers can see it without watching the series beforehand and still understand the bulk of it. That being said, it is still encouraged to watch the anime before so the watcher can be acquainted with the world and characters for a stronger understanding.

The movie as a whole is an exciting watch with numerous action-packed moments that keep viewers on the edge of their seats. The combination of adrenaline, great animation and breathtaking visuals brought the fight scenes to life, allowing audiences to feel as though they are truly in the movie.

Although action is an immense factor of “My Hero Academia: World Heroes Mission,” there are some endearing moments to enjoy as well. For example, viewers can watch the unlikely friendship between Midoriya and Rody blossom, as the two are enemies at the start of the movie. It is heartwarming how the contrast in their characters lets them learn from each other, allowing their bonds to grow and their characters to develop.

Rody is a new character, not featured in the anime, but that does not mean there are not any familiar faces. The movie also includes fan-favorite characters from “My Hero Academia,” like Shoto Todoroki and Katsuki Bakugo. Viewers can also see more of Midoriya’s class working in different parts of the world during the movie, helping with the battle against Humarise in their respective locations.

Overall, “My Hero Academia: World Heroes Mission” was a phenomenal movie that definitely goes beyond its expectations. From the action to characters beuling relationships for one another, there is truly something for everyone to enjoy in this thrilling film. Audiences can watch the movies while it’s still in theaters or wait until it is available on the anime streaming service Funimation.