Behind the scenes of this year’s Multicultural Show 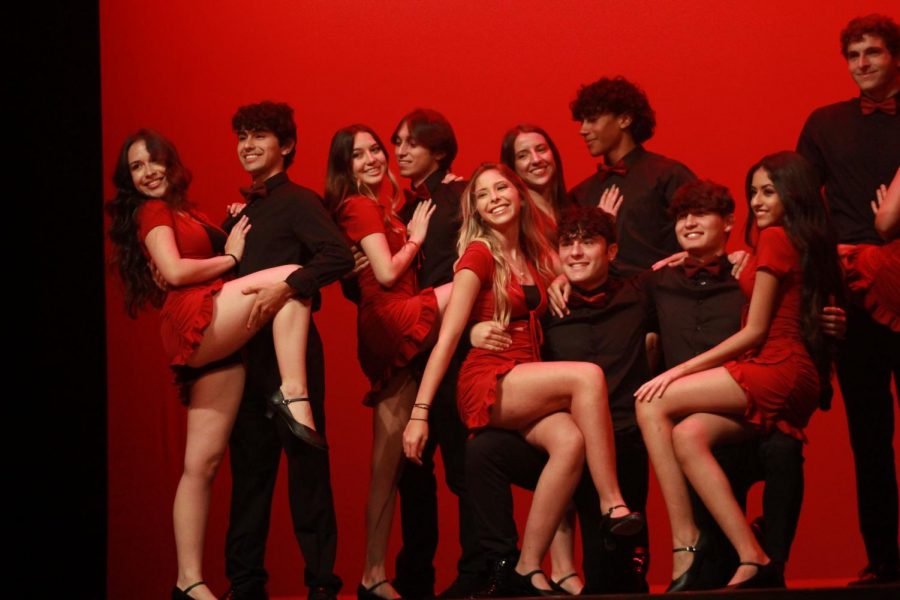 The Dominican Republic dancers wowed the audience with their impressive dance skills.

In late September, students at Marjory Stoneman Douglas High School received Remind messages from various clubs about an opportunity of self-expression through music, dance, and singing. Students were encouraged to represent their respective cultures in a performance titled, “Lights, Camera…Action!” on Friday, Dec. 3, 2021.

The event would not only require the tireless hard work of participants but members of the tech team in the auditorium, student organizers, and teachers.

MSD’s 2021 Multicultural Show would have been impossible without the diligent labor of students in a variety of clubs working day and night to assemble this vibrant spectacle.

Above all, the organization of these 21 performances would not have been possible without MSD’s Spanish Club. Starting late September, Spanish Club organized try-outs, practices for an array of Latin dances and auditions for other dance groups, ordered costumes, and selected this year’s senior director, Annabella Chico.

Chico is a member of Spanish Club and has worked on the show all four years of her high school journey. In this multicultural show, she will dance in merengue and represent the Dominican Republic. “This show would not have been possible without my parents’ support,” Chico said.

In addition to dance, the show will feature members from Spoken Word club and the opening song Lost Boy by Ruth B. Spoken Word plays a huge role in the scriptwriting process to help the show move along as the main characters, Wendy, Peter, Tinkerbell, and Captain Hook, travel and visit the cultures of the world.

The energetic LED Dance club was also featured and is run by English teacher Chelsea Briggs. They have been practicing for a few months leading up to their debut in the show as the first performance in the second act.

“I’ve been a part of the [LED Dance Club] since last year and this is one of my first times on stage which I have really enjoyed because of the lasting friendships I have made,” junior Haley Pagliai said.

The entire multicultural show was split into two parts during the school day. On Dec. 3, teachers who signed up for their fifth and/or sixth period classes were able to attend. The first act was featured during the fifth period and the second act in the sixth period. Dixon is a choreographer for two Jamaican dances, one in both the first and second act.Additionally, the entire Multicultural Show, with both parts, was presented at 7 p.m. on Dec. 3, where family and friends could watch the talents with the purchase of a ticket.

“My favorite thing about the show is how passionate each dancer is when they’re on stage. They’re having fun with the movements, they’re smiling and altogether they’re enjoying themselves,” Dixon said.

Sophomore Muskaan Amin is a member of ISA and participated in the Bollywood-inspired dances in the show. During rehearsals, she is a focused dancer and is in sync with the movements of those around her.

“We have been practicing for 2-3 months and I love dancing and my favorite part is having fun with my friends,” Amin said.

Behind all of the performers in this show, a valuable group of students has enhanced each performance in a way that makes it more enjoyable to watch. MSD Drama’s creative tech crew greatly strengthened the impact of many of these dances and played an overall huge role in the delivery of the 2021 Multicultural Show with their captivating lights.