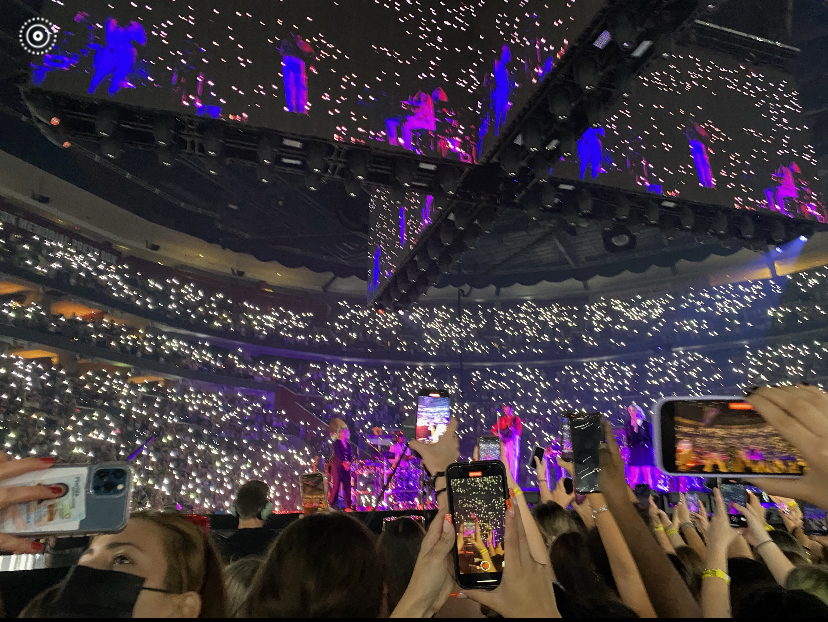 Fans hold up their phone's flashlight for Harry Styles during his Ft. Lauderdale show on Oct. 8, 2021 at the BB&T Center.

When several concerts and tours were canceled around early 2020 due to the COVID-19 pandemic, many fans were devastated. Their plans to see their favorite musicians perform live were ruined along with their hopes of seeing them anytime soon, as concerts were further delayed for almost two more years.

Now, as COVID-19 mandates continue to be lifted, fans grow hopeful. Artists have voiced their opinions about whether their tours will stay postponed or carry on.

As concerts became dreams that turned into realities, there are still restrictions to keep people safe. Artists Harry Styles, Louis Tomlinson, the Jonas Brothers and numerous other musicians either require or suggest masks along with proof of vaccination. As well as the artists, some venues require masks, such as Madison Square Garden in New York City and the BB&T Center in Ft. Lauderdale.

Countless artists have announced their tours for this year, stating that they cannot hold off forever. Different genres of music will be heard live for the first time in two years. Not only are singular artists going on tour, but festivals have started opening their doors again, including Tortuga, Jingle Ball and local shows.

Some artists have even performed outside for safety reasons, like Girl in Red and the Jonas Brothers. Having outside performances is beneficial to people during this time because audiences don’t have to be crammed in an arena with thousands of strangers.

“I love the fact that there are concerts again, but I feel like the amount of people allowed to attend should be limited because of COVID-19 and safety precautions should be enforced,” Marjory Stoneman Douglas High School freshman Kaitlyn Larson said.

As concerts increasingly continue to start up again, fans will jump on the chance to buy tickets. The long period without live music has people excited to get out and experience the thrill once again. Countless fan bases have been reached this year and have gotten to experience their favorite bands.

Genres such as rock, pop, country and Kpop have performed either once or multiple times. From the Eagles, to Harry Styles, to Chris Stapleton, to BTS and many others, all fans get to enjoy music that they love.

“[The concerts] were definitely something to remember, especially after going somewhere with so many people after so long,” freshman Alexa Kaufman said.

The excuse to get dressed up and have an exciting time with friends and family is something people have missed. Concerts are events that bring people together and most artists realize and acknowledge this. Going on tour helps artists connect with their fans, which is almost as important as the music they sing.

The safety precautions musicians take is something important in today’s society and allows fans to gather together. For regular attendees or first timers, this concert experience is something that will not be forgotten due to the long period without shows.

The abundance of artists performing live was always going to happen, it was just a matter of when. The “when” was answered when the endless amount of tours were announced, making fans happy to watch and artists happy to perform.