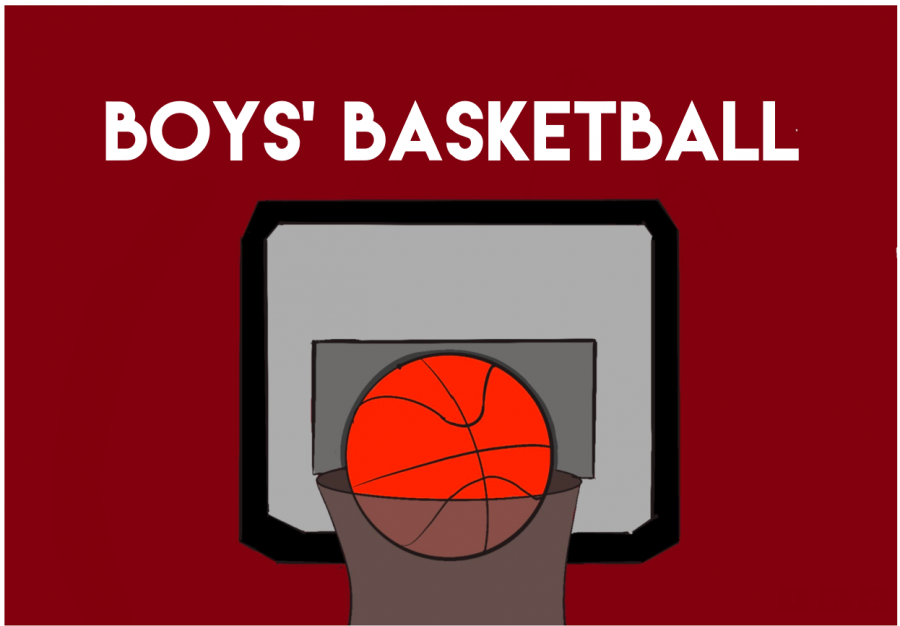 The MSD men's basketball won with a 58-56 in the final seconds of their game with J.P. Taravella High School.

The Eagles lost their first two games of the season, and they rebounded from those games with a victory over Pompano Beach High School. Going into the game against a struggling Taravella team who held a record of 2-4 to start off the year, the goal was to even out the Eagles’ season at 2-2.

“Every game, we just have to work on handling the ball better and to improve on attacking the basket,” coach Teddy Lyons said.

As the whistle blew, the Trojans won the opening toss and then eventually scored the first points of the game. The first quarter ended with MSD taking a 19-15 lead, thanks to shooting guard Brandon Gopaul (2) hitting back-to-back three-pointers.

The second quarter began with forward Ty Stevens (22) making two three-pointers, tailing up a seven-point quarter and a couple of defensive plays on the other side of the court.

“I was shooting great,” Stevens said. “I work hard every day to perfect it.”

The remainder of the half was a fair game. It was still a four-point game when the buzzer rang with a score of 38-34, with Eagles in the lead.

The second half started in the Eagles’ favor; however, that did not last for very long. The Trojans came back and tied up the game, but were unable to break the tie. This was caused by a bunch of missed layups from MSD.

“I thought we got into the basket quite a few times, but we did not finish,” Lyons said. “We have to work on finishing our opportunities.”

Following Taravella tying up the game, guard Diego Rodrigo (1) made a free throw just before the quarter ended to take a 47- 46 lead for the Eagles.

The fourth quarter began with a score by Rodrigo. Later in the period, Taravella made a layup and gave the Trojans the first lead of the night with just under three minutes left in the game. Just as center Wesley Aureles (24) made a game-tying layup, the Trojans hit a three-pointer to retake the lead at 56-53.

After struggling to score throughout the game near the basket, guard Sean Sucarichi (3) made a vital layup, assisted by Rodrigo, which allowed MSD to trail by just one.

“I think I led my teammates well [and] that was the key,” Rodrigo said. “I love my teammates.”

MSD retained possession with the basketball as just 38.5 seconds were left on the clock. The long possession led to Gopaul getting fouled and taking three shots. Gopaul made the first, missed the second and sent the ball through the net on the third shot.

The Eagles had a 57-56 lead with 10 seconds left. As Taravella was inbounding, they dropped the ball and it sailed out-of-bounds with 9.6 seconds remaining. This led to Rodrigo catching the Eagles’ inbound and going to the free-throw line with 5.9 seconds left. He made the first, but missed the second.

“[While shooting the free throws], I was a little stressed out, but that’s what we practice at the end of the day, so I felt pretty comfortable,” Rodrigo said.

As Rodrigo’s second free throw hit off the rim, Taravella got the rebound, drove the ball down court and did not get the shot since Eagles’ defenders were in their faces. The game ended with a final score of 58-56 in favor of the Eagles.

Even after the win, the Eagles still look to improve their rebounding and finishing at the basket. They will play their next game at home on Monday, Dec. 13, against Coral Glades High School.