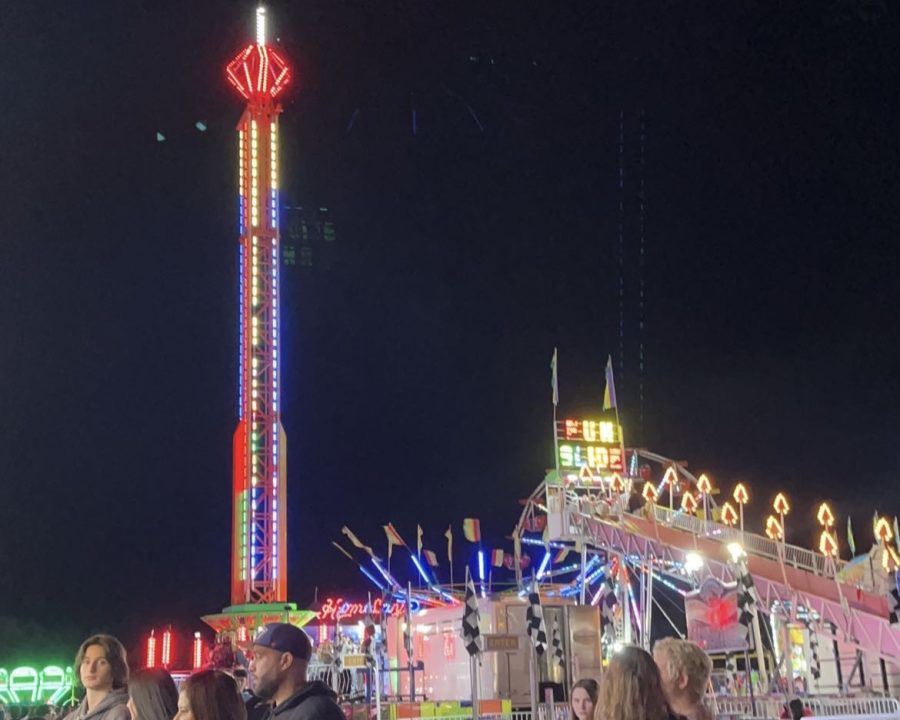 From Friday, Jan. 14 through Sunday, Jan. 16, the annual Family Fun Fest carnival was held behind the Parkland Recreational and Enrichment Center at Pine Trails Park. A night for rides, games, food and family festivities felt more like a COVID-19 superspreader and an opportunity for kids to kill innocent fish.

When first arriving at the amphitheater at Pine Trails on Saturday, there were carnivalgoers spilling through every entrance and exit. There were hundreds of people crowding the rides, food stands, game booths and around the live band. Considering it was only 5 p.m. when I walked on the grass of the field, there was an overwhelming amount of people.

The amount of people at the fair became alarming when I realized how many of them were unmasked. People waiting in lines for the rides were standing with little to no social distancing. Although masks are not mandated, they would have made the crowded environment feel safer.

While I was uncomfortable with the amount of people, there were multiple carnival attractions where one could separate themselves from other people. The most popular and thrilling rides were the rotating guitar, the spinning Zero Gravity ride and the thrilling drop tower. The lines may have been unbearably long, but they were worth the wait.

At night, the colorful lights illuminating from the rides gave life to the park. It was nice to walk around the park with the cool weather and attractions circling the field. Some of the attractions included games such as ring toss, balloon pop and a ping pong toss game where the winner was given a chance to win a pet fish.

Handing out small fish in plastic bags to children was not the smartest move on behalf of the fair. The water-filled bags housing the fish were easily poppable, which became a present issue amongst the new pet owners.

Some kids went as far as to purposefully go around and pop people’s bags, ultimately killing the fish. As a gimmick, kids were dropping their bags from the top of the ferris wheel, causing water and soon-to-be dead fish to spill on the people patiently waiting for the ride below.

Despite the flying fish and COVID-19 concerns, this year’s Family Fun Fair made up for the amusement the town missed out on last year due to COVID-19. The rides were thrilling and the food options, which included funnel cakes, fried oreos, ice cream and more, were delicious. The four hours I spent at the fair were filled with laughter and a great deal of screams on the attractions. I’m excited to see what the town has in store for next year’s carnival.