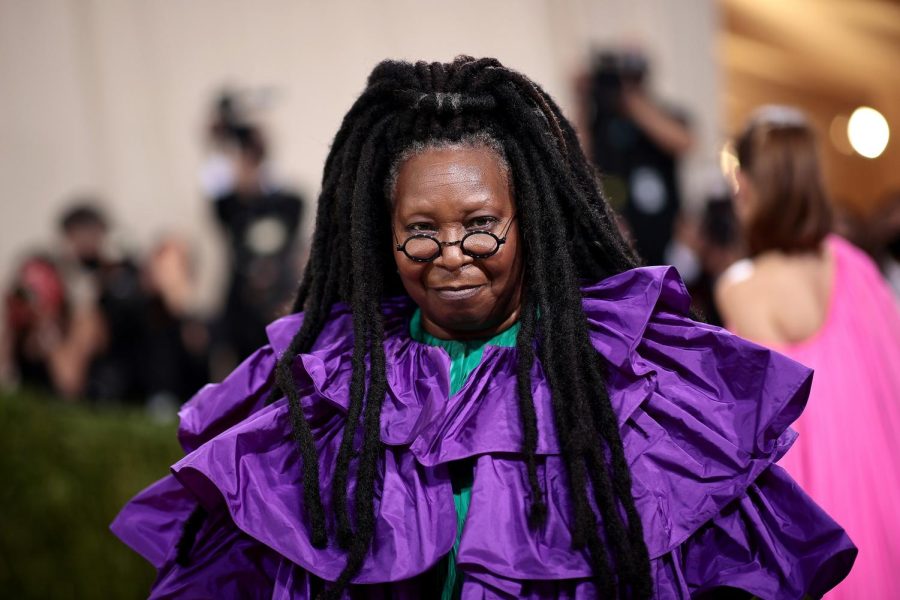 Whoopi Goldberg has been revered as a beloved icon and entertainer. As one of only 16 people to win a Grammy, Oscar, Tony and Academy Award, resulting in an “All-Kill” status, it’s safe to say that the 66-year-old woman has made quite a name for herself throughout her very successful career.

Once again, Goldberg is the topic of conversation in homes across the nation, but this time not for winning an award. The reason for her current status as a trending topic on Twitter is attributed to her most recent remarks on her show, “The View,” concerning one of the most devastating events in history: The Holocaust.

“If we’re going to do this, let’s be truthful about it,” Goldberg said in her show. “The Holocaust isn’t about race.”

On Jan. 31, Goldberg filmed another installment of “The View;” however, her comment did not go unnoticed by the Jewish-Americans watching. In less than 48 hours, ABC News suspended Goldberg from appearing on the show for the next two weeks.

As expected, Twitter has been “blowing up” over the ignorance of such remarks, with some individuals defending her actions and others demanding punishment. After publicly expressing her regrets on social media, many people still do not accept what seems like a practiced and insincere apology.

“No you don’t get an easy out on Twitter,” the organization Stop Anti-Semitism said. “Millions of viewers witnessed your Holocaust revisionism today. Please apologize and correct this horrific distortion ON AIR.”

While the issue of whether or not Goldberg meant what she said in her apology is still being highly debated, the fact of the matter is that her comment was made weeks after the incident in Texas, in which a hostage situation took place in a synagogue for over 11 hours. With anti-Semitism showcased on a daily basis throughout the nation, Goldberg should not have knowingly make a comment that essentially changed the meaning of the Holocaust for the Jewish community. Not only was her comment ignorant, but it was hurtful to her Jewish fanbase.

“The Jews are undoubtedly a race, but they are not human,” dictator Adolf Hitler said.

To even imply that the Holocaust was not about race shows a complete lack of understanding of both Jewish and world history. Constantly called “the inferior race,” Jews were viewed as some separate entity from the Aryans of the time. While race may be defined differently today, it doesn’t change the fact that at the time the Holocaust took place, the horrific events were 100% racially motivated in every sense.

In the aftermath of Goldberg’s comment, a Holocaust survivor, 88-year-old Lucy Lipiner, even offered to come on the show to provide some much needed public education on the event.

“I think we can have a meaningful conversation and heal wounds,” Lipiner tweeted just hours after the episode aired.

Along with Lipiner, the Auschwitz Museum has offered their “two cents” to the conversation by replying to Goldberg’s online apology with a seven-chapter online course about the history of the Holocaust. Goldberg has yet to respond to either one of these offers.

It is clear that many resources are being offered to Goldberg, and the overall world. Now it is a waiting game to see if she will actually make use of the suggestions she’s been given or if she will turn a blind eye to the situation. We hope Goldberg will take it upon herself to learn about the history behind one of the most tragic events to ever happen.