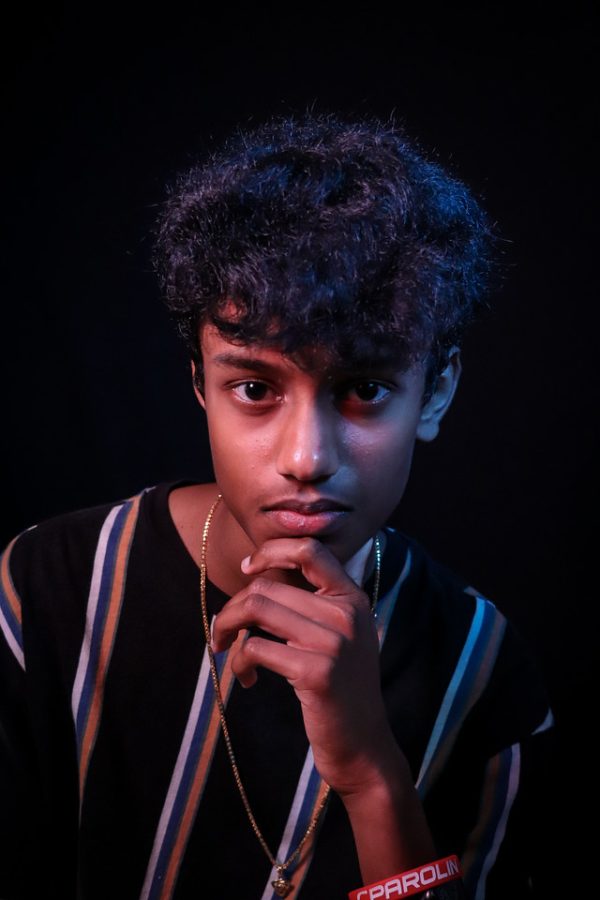 Sathvik Sarathy races regularly in the KA100 division at the Homestead-Miami speedway.

Cart No. 830 turns the corner of the track, sliding past the others at top speed. As the race comes to its final lap, cart No. 830 continues to go faster and faster, ultimately gaining a significant lead. With the final checkered flag waving in the air, 830 flies by the finish line to win the race. When the cart comes to a stop, Sathvik Sarathy steps out, celebrating a tremendous victory.

Sarathy, a freshman, has already solidified himself as a veteran KA100 driver, which involves racing in open-wheel karts with advanced engines and mechanical makeups. With lots of practice and dedication, Sarathy has become extremely successful in his competitions.

At a young age, Sarathy grew a keen interest in racing. When he decided that the exciting sport was something worth taking up, he looked into becoming a racer himself.

“I’ve liked cars for as long as I can remember, and I started to watch Formula One at 12. I saw how they got to F1, and they all started in karts,” Sarathy said. “I’ve always wanted to race too, so I started doing research on it and found there was a track about a half hour away from where I live, so I decided to go there and see what they did.”

Just two years ago, Sarathy entered his first race in the KA100 division at the Homestead-Miami speedway. This would become his home track, as its close proximity allowed it to become a host for many of Sarathy’s practices and local competitions.

Since then, Sarathy has worked consistently to grow his skills in the sport, and his dedication shaped him into the successful racer that he is today. As part of his exemplary work ethic, Sarathy heads to the Homestead track nearly every weekend to continue making progress in his racing career.

Sarathy did not grown a strong interest in racing on a whim, however. Growing up, Sarathy was inspired by many esteemed race car drivers throughout worldwide Formula 1 competitions and leagues. His biggest idol is Brazilian racer Ayrton Senna, who’s unique and fast style of driving allowed him to become one of the most dominant racers of his time.

“My idol is a Formula 1 driver in the 1990’s called Ayrton Senna. He would take everything to the extreme, like going as fast as he could every lap during the race even though he didn’t need to,” Sarathy said. “The way he drove was really special to see, because he would almost always be the fastest.”

During his races, Sarathy takes heavy inspiration from Senna’s style of racing, as he always makes the extra effort to go as fast as possible. Over time, this inspiration has allowed Sarathy to obtain valuable life skills, such as persistence and diligence.

Dedicated on a path towards racing success, Sarathy has achieved numerous accomplishments during his racing career. His first big accomplishment occurred in August 2021, in which he achieved his first podium placing in a Homestead competition.

Since that significant race, Sarathy has consistently earned his place on podiums throughout the nation. Traveling across the nation has become one of Sarathy’s most prized accomplishments as well. Starting in local competitions at the Homestead track, Sarathy has worked his way up to competitions on a national level. These races have brought him to some of his favorite tracks, such as famous racetracks in Daytona and Las Vegas.

However, the argument could be made that Sarathy’s biggest accomplishment was the lessons that racing has taught him along the way, those of which have only made him into an even better racer.

“Racing has taught me that being with a team and having people behind you is what gets you to be successful,” Sarathy said. “Typically, the best drivers are with the best teams.”

Additionally, the lessons that racing taught Sarathy have allowed him to become not only a better racer, but a better student and person.

“I have gotten a bit more disciplined because of racing. It could be something as simple as making it to the event on time, following the rules when driving, and not letting emotions get to me,” Sarathy said.

With all the many positive experiences that racing has brought to Sarathy’s life, he is also aware that racing KA100 cars comes at a high and dangerous risk. Nonetheless, Sarathy’s experienced handling of the cars have allowed for his safety and success on the track.

“This type of racing isn’t like the ones you’d find at Boomers. These are real machines that take skill to drive and maintain. They have serious consequences if you crash,” Sarathy said.

Sarathy continues to race frequently and consistently to hone his skills, ultimately shaping himself into one of the best racers of his division in the nation. With his countless experiences, exceptional work ethic, and many life skills under his belt, Sarathy looks forward to zooming past his competition for years to come.