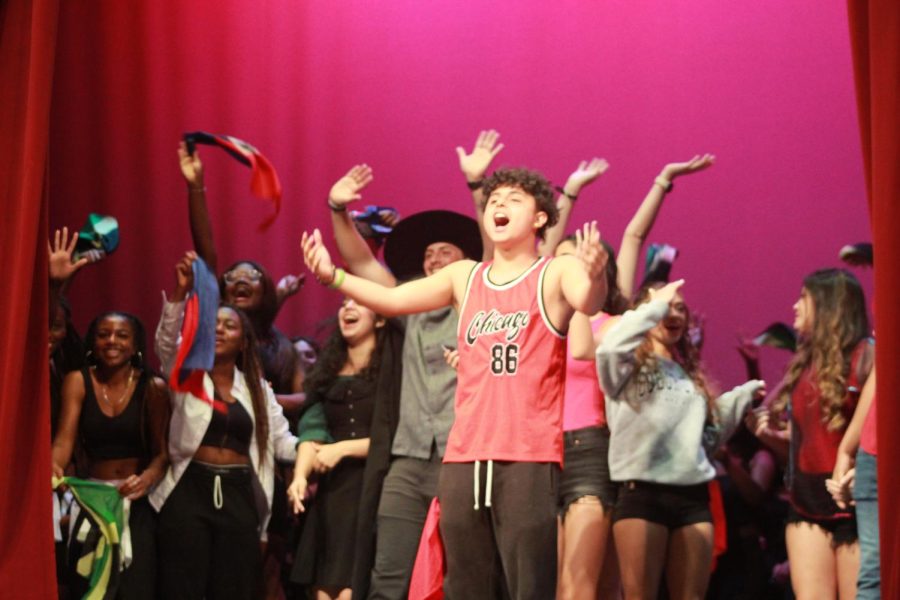 At the end of the Multicultural Show, the students run out onto the stage, receiving applause and praise for their hard work. In the following weeks, many students were recognized for their participation and gained popularity. This serves as an example of how popularity is prominent within MSD.

The Student Government Association at MSD is supposed to be a group of students who improve the high school experience by making direct changes and coordinating events within the school. Instead, the group of students that are chosen are only picked because of the status they hold among their peers, rather than the ambitions they have.

Students that feel strongly about their school and the problems they want to fix are often overlooked. If one student cares about the school, but does not have many friends, chooses to run, they should be chosen. Class representatives should be chosen based on integrity, not popularity.

Some that do get chosen for a SGA position choose to only run because it is fun or an easy credit. Many students choose this important elective because it “looks good for college,” not because they care about the students or the school environment.

The only reason some students get chosen for the SGA board is because they have a group of friends that all vote for them or that advocate for them on their behalf. The system does not give new or shy people a chance, but instead recycles the same students over again in its leadership roles. This is not fair for the kids that actually care about SGA and the well-being of the student body.

As a result of the popularity contest that plagues SGA, students are stuck with board members that either don’t care or don’t know what to do about the school’s events. SGA should be something that helps the school and the students within it, not something to prove how many friends you have.

Students do not realize how big of a responsibility they run and actually succeed, securing their desired title. They now have additional duties of being early to school, staying late after school, planning events, executing them and attending those events. They have to put in work that is not easy and that they will not be able to slack off in.

The whole election is a popularity contest to see how many people would vote for each candidate. This could affect the feelings of students that are not as well known in school and discourage them to run in the future.

Many students may not try to run for SGA because they know it will not be in their favor. Not only has the election process and requirements discouraged students from running, but it has left individuals feeling like no one can succeed unless you know the right people.

This understanding and mentality affects the whole school, not just the SGA association because people notice nothing is being changed within the school. The promises that the board makes fall through, and the things that change are small and unimportant, such as the color of the bathroom.

This is the reason why students need to nominate and vote for people that care and are open to suggestions. If SGA nominations were not elected based solely on popularity, all students would have more of a chance of being heard. We should pick SGA officers based on their ideas, not on who their friends are or how many they have.

Students who did not win in the previous election should try again in the upcoming year. They should continue to encourage themselves and others around them to make an impactful change in the community, maybe then we will see real change within our school.