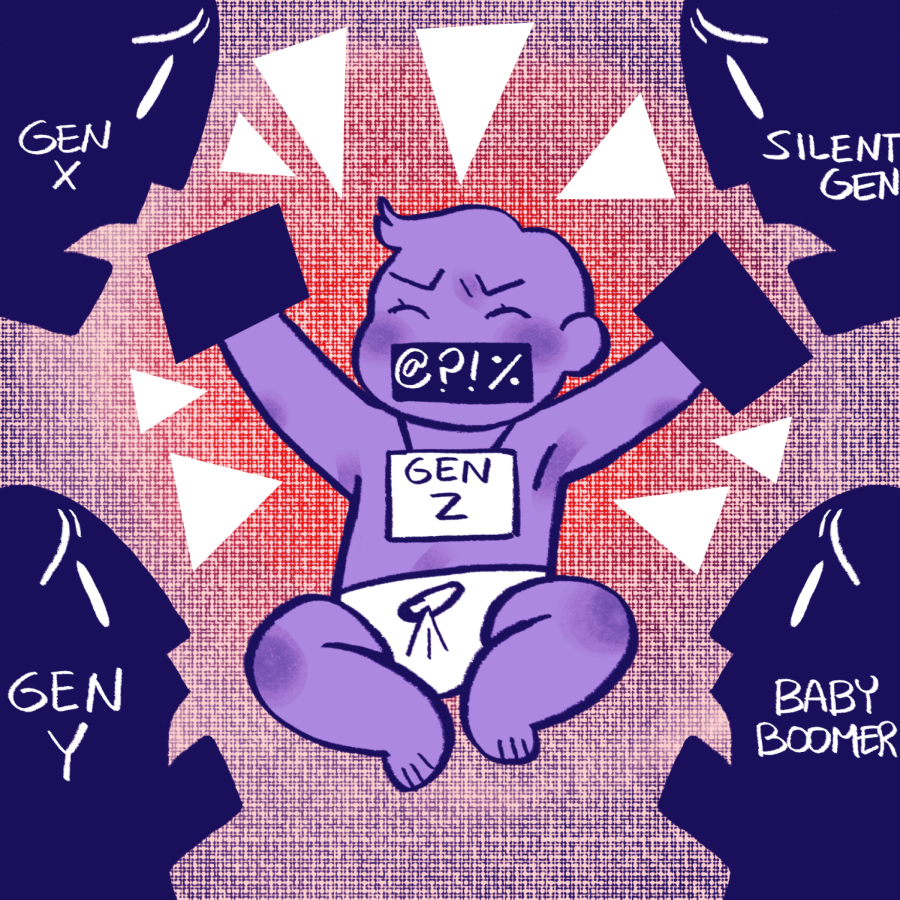 Newer generations are not as respectful of the older ones.

The current generations, including Generation Z (1995-2009) and Generation Alpha (2010-2024), have already made their mark on this world in unprecedented ways. New technology, social media and a constantly changing society are continuing to shape the lives of these individuals. They are even dubbed the “iGeneration.” Unfortunately, the new batch of future doctors and leaders have yet to learn their manners and are frequently ignorant to society.

An amount of Gen Z’s and Generation Alpha’s ignorance is due to technology. With children having their own devices like tablets and cell phones at as young as three years old, they have become entangled in the digital world instead of the real world. Children, teenagers and young adults have become reliant on their phones to provide entertainment and be their main form of communication when in reality, they are insufficient.

The current generations are immersed in their technological devices so much so that they have found it more difficult to interact with peers and adults in real life situations. The majority of Gen Z and Generation Alpha talk through a screen while using online slang and acronyms, like “LOL” and “plz.” Using snapchat, a popular camera and social media app, and text as main sources of communication have displayed their inability to prepare current generations for social interaction.

Since a majority of the current generations have grown up with technology being a normalized part of their life, they have not had proper experience in society. More so, they have not learned how to have common courtesy in public.

The Covid-19 pandemic also plays a significant role in the development of Gen Z and Generation Alpha. Quarantine and virtual school led many to turn to self-isolation in order to cope with the loneliness. Many people did not speak to anyone outside of their immediate families, causing them to further hermit themselves indoors, away from peers and other adults. This had a massive impact on the current generations’ social skills and ability to have good manners.

Occasionally, a group of kids will be out in public causing a disturbance, for example at a restaurant or store. With no regard for others around them, the kids unapologetically carry on with their chatty annoyances, ultimately ruining others’ experiences.

Additionally, the current generations’ attitudes are insufferable to the point where they are simply rude. They have become accustomed to a fast-paced world, where impatience is normalized. This does not get them very far seeing that a record of complaints about Gen Z and Generation Alpha are based on their cranky and stuck up behavior.

Not only are the current generations rude, but they lack basic manners. Whether parents are supposed to teach their kids manners or not, everyone should know to say “please,” “thank you” and especially “excuse me.” It seems that a large amount of the people who are part of the current generations do not know when these words should be used. They do not care to acknowledge the efforts and services that others provide.

Although, compared to Generation X (1965-1980) and Generation Y (1981-1994), also known as Millennials, Gen Z and the future of Generation Alpha are set to be the best-educated generations. According to a study conducted by Pew Research Center, Gen Z members are less likely to drop out of high school and more likely to be enrolled in a two to four year college.

However, it was also found that Gen Z members are less likely to be working in their teenage years. As a result, the current generations have a more difficult time immersing themselves in the employment world, where one may need a job in order to sustain their lifestyle. This could also result in laziness and reliance on their parents to provide money, rather than earning it themselves.

Comparing the current generations to the past generation will give none other than a negative perspective on what the future will look like. There is still time to teach and reshape Gen Z and Generation Alpha to be the best that they can be. Their lack of manners and common courtesy could be tweaked so that they could learn kindness, as well as respect. It would be quite an effort, but there is hope that they can turn the future around.