[Opinion] The 2022 Grammys creates controversy over awards and perfromances 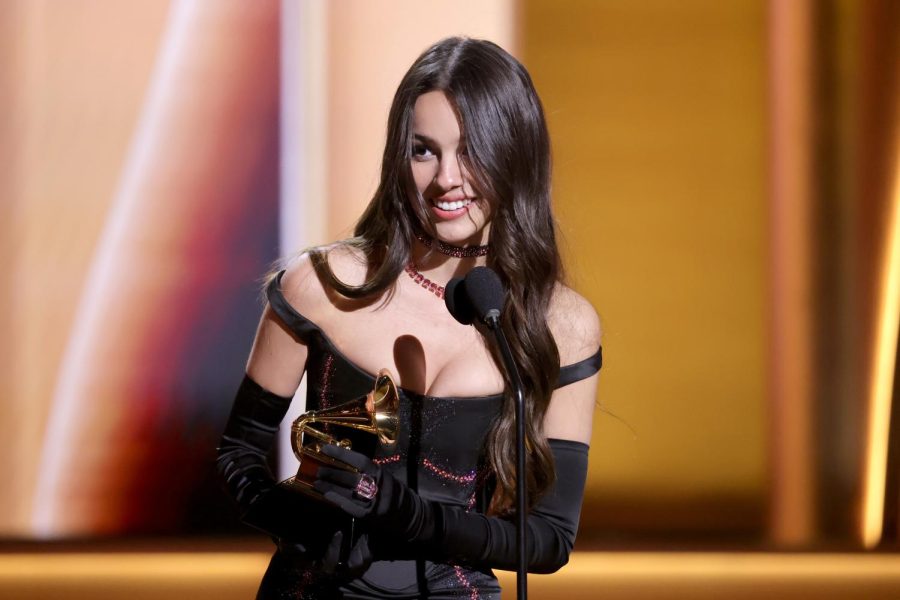 Controversy has surrounded the Academy Awards since 2019. Whether it be the lack of African-American nominations and wins or fans’ opinions on who won a certain award. The 2022 Grammys, aired Sunday, April 3, has followed in this tradition of controversy as fans were deeply upset with the winner of the Album of the Year award and Trevor Noah’s remarks on the famous slap at the Oscars, a week prior.

The 2022 Grammys was held in Las Vegas, NV, with Trevor Noah hosting for the second year in a row. The show opened with a spectacular performance by Silk Sonic, who won Song of the Year and Record of the Year for their hit song Leave the Door Open. This performance accurately set the mood for the rest of the show and Silk Sonic deserved their wins. Billie Eilish and Olivia Rodrigo also had memorable performances with the latter being their first time at the Grammys.

However, fans were not happy with the performances by Carrie Underwood and Chris Stapelton because of how long and boring they were for non-country fans. There are mixed feelings about Lady Gaga’s theater jazz performance, a tribute to Tony Bennett, with fans thinking it was great while the others think she should stick to pop. Personally, my favorite performances were by Lil Nas X, BTS and Silk Sonic because of their engaging and fun dance numbers and stage personas.

The controversy continues with the winners of Album of the Year and Song of the Year. Fan favorites Billie Eilish and Olivia Rodrigo were the expected winners of Album of the Year, yet with a surprise decision by the Academy, Jon Batiste won for We Are. Fans were in uproar about this, with half of them not even knowing who Jon Batiste was. This is clearly unfair since that album did not get half the attention that Happier than Ever and Sour got. I think the winners should’ve been Eilish, Rodrigo, or Doja Cat. All the albums in the category had lyrically and sonically good songs, however Eilish and Rodrigo were more popular in their albums because of their appeal to the younger generations.

Eilish got severely snubbed this year with her album Happier than Ever. This album was very personal for Eilish and included songs that were different from her dark, sophomore album, “When We All Fall Asleep, Where Do We Go?” I think Eilish should have received Song of the Year, with Happier than Ever having a rock element that is a contrast from her slower, quieter songs.

Not only were the awards given questionable, but so were the comments made. Trevor Noah and musician Questlove both made comments about the uncomfortable situation at the Oscars that occured the week prior.

“Don’t even think of this as an award show,” Noah said. “It’s a concert where we are giving out awards, we will be listening to music, dancing, singing, keeping people’s names out of our mouths and we are going to give people awards all throughout the night. So let’s get straight into it.”

This was a dig at what Will Smith yelled at Chris Rock after the comment he made about Jada Pinkett-Smith’s hair, or lack thereof. Putting the situation in a comedic light, he was obviously hoping that this Academy Award Show did not end in scandal. Questlove also had the same idea, when he made comments while presenting Song of the Year.

“All right, I am going to present this award and I trust that you people will stay 500 feet away from me. As they say, it is far better to give than to receive. Well, I’m not so sure about that because last Sunday it felt pretty good to receive,” said Questlove.

Questlove was in attendance at the Oscars for his documentary Summer of Soul. Winning an Oscar right after the dramatic slap, left a dim light on the win of what was meant to be a spotlight. This may have been a petty rebuttal to Will, who distracted the audience from his win.

The audience uncomfortably laughed at both comments, probably choosing to stay out of the dramatic feud. However, that was not the only unsettling element about this award show. A video message by Ukraine President Zelenskyy was presented at the 2022 Grammys, and it was a shocking reminder of the war out east.

“The war. What is more opposite to music? The silence of ruined cities and killed people. Our children draw swooping rockets, not shooting stars,” Zelenskyy commented. “Our musicians wear body armor instead of tuxedos. They sing to the wounded in hospitals. Even to those who cannot hear them, but their music will break through.”

This brought a melancholy light into the crowd and was a successful way to change the mood of the award show. Multiple fans watching the show felt this was unnecessary and a “party pooper” to an otherwise happy show. Others believe this was a good reminder to the wealthy musicians that they should use their surplus of money to help the Ukrainians.

Even though there were many controversial moments, the 2022 Grammys was a successful return that highlighted the talent of musicians and is fun entertainment for music lovers everywhere.