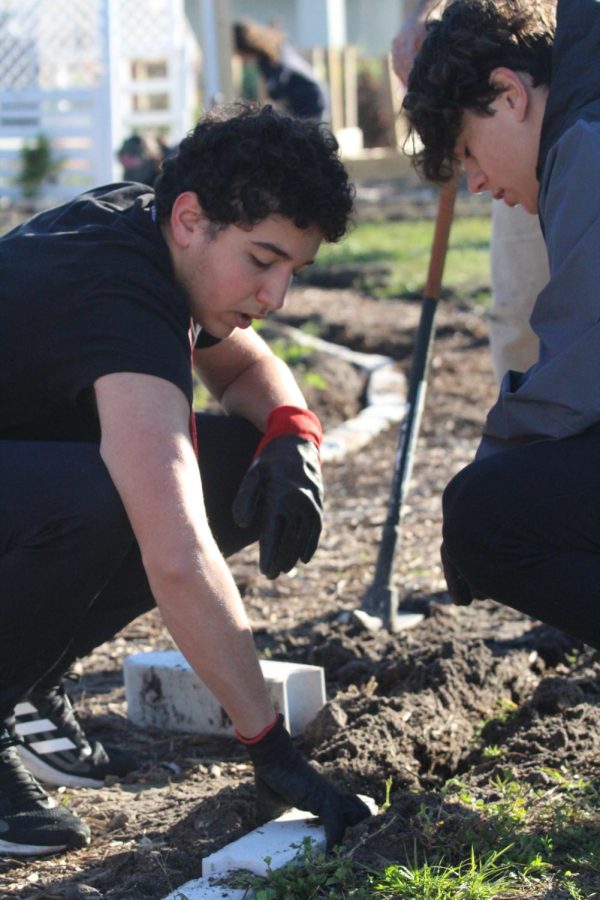 Students volunteer to build items in Marjory’s Garden on the fourth anniversary of the shooting.

On the fourth anniversary of the Feb. 14, 2018 shooting, students, teachers and staff members across Broward County Public Schools participated in a “Day of Service and Love” to commemorate the 17 lives lost and the 17 others who were injured. All schools had an early release day.

At MSD each year, Feb. 14 is a non-academic day, where students can choose to come to campus and participate in a service project. Students who chose to go to school that day had the opportunity to participate in multiple different service projects from 7:40 a.m. to 11:00 a.m., which is an earlier dismissal time than other schools in the district.

“I liked it [service day] because it offered a way to take a break and cope with that day, but I feel the memorial should’ve been more private since the teachers were very vulnerable during it,”  Grant said. Each year at the conclusion of the day, the names of the 17 students and staff who were killed are read aloud and a moment of silence is observed. This year, the commemoration ceremony was held in the MSD Remembrance Garden, which opened on Feb. 14, 2022 just outside the gym.

In addition to the service projects held at MSD and others at schools across the school district, religious services and beach cleanups in the name of the students and teachers that died on Feb. 14, 2018 were held throughout Broward County as a way to remember the 17 lives lost.

This story was originally published in the March 2022 Eagle Eye print edition.