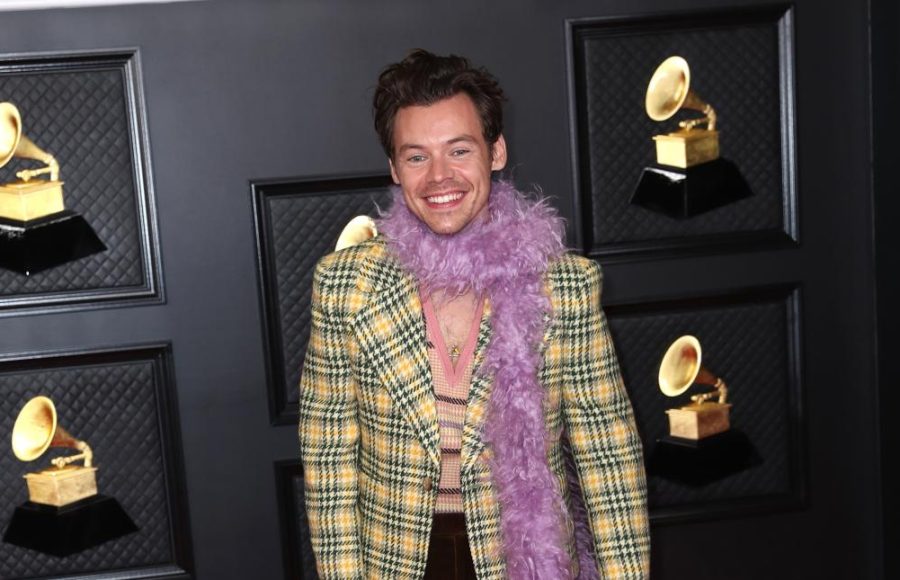 If you are a Harry Styles fan then I am sure you are familiar with the song “From the Dining Table.” As Harry drops hints on social media, prepare to go one step further than the dining table with his upcoming album “Harry’s House” set to release on Friday, May 20. This album will be the third of Styles’ Solo album releases following debut album “Harry Styles” in 2017 and sophomore album “Fine Line” in 2019.

On March 23, 2022, Styles released a 40 second long trailer for the new album which included him walking on stage in front of an empty audience. Behind him, is a two-dimensional house being raised.

While no theories have been confirmed or denied yet, I speculate that the theme of the house may allude to some struggles Styles faced while quarantined during the COVID-19 pandemic. This would not be a very outlandish assumption, as other artists like Bo Burhman and Rex Orange County have referenced their own struggles during quarantine in their recent works.

Along with the trailer, Harry also posted a picture to his Instagram the same day which showed him standing on the ceiling of an upside down house, wearing oversized jeans designed by Molly Goddard. This photo was captioned “Harry’s House. May 20,” indicating the title and release date of the album.

On March 28, Styles shocked fans again with another Instagram post captioned “As It Was. April 1,” teasing the early release of a single off the upcoming album. The post pictured the back of Styles’ body as he stands looking down a hallway while dressed in a sparkly red outfit.

Styles has also posted an Instagram story alerting fans that they can pre-order “Harry’s House” vinyl discs starting at midnight UK time, 7 p.m. EST time on April 1. The sound on the post is a snippet of the song, “As It Was.”

While “As It Was,” is the only song title known to the public so far, fans have been noticing possible clues dropped by Styles in regards to song titles and lyrics. Styles has done this before with his second album when he published various black-and-white posters displaying the message, “Do you know who you are?,” a popular lyric from his song “Lights Up.”

Cryptic hints have become increasingly popular, with artists like Adele and Taylor Swift putting up random billboards and social media posts hinting towards their upcoming albums.

According to Variety, Styles has been doing this via newspapers and social media posts. On March 18, a random Twitter account arose with the handle @youarehome. The account first tweeted, “You are home,” and continues to tweet hints everyday since its creation. Advertisements containing the phrase “You are home” have appeared in print too.

To confirm fans’ speculations, Styles has followed the verified @youarehome accounts on Instagram and Twitter, essentially implying that this viral account is in fact a campaign for his new album.

The account’s profiles also link to a website relating to the campaign. The website shows a door that seems to open as you move your mouse across the screen, however the background of the website changes each day. Fans have been analyzing the different backgrounds in an attempt to determine the theme of the new album. While the specifics of the album are still up in the air, there has been some talk suspecting a floral or nature-related theme.

Upon release of “As It Was,” however, it is easy to assume that the album may have a melancholy tone. The song pairs somber lyrics like “Harry, you’re no good alone” and “It’s not the same as it was,” with an up-beat instrumental.

While we do not know much more about the album, we do know that Columbia Records issued a press release claiming that Harry’s House will have 13 tracks, more than his two previous albums.

Fans all around the globe are ecstatic to see what Styles may bring to the table with this next album, as he never fails to disappoint, making countless headlines and magazine covers with each release.