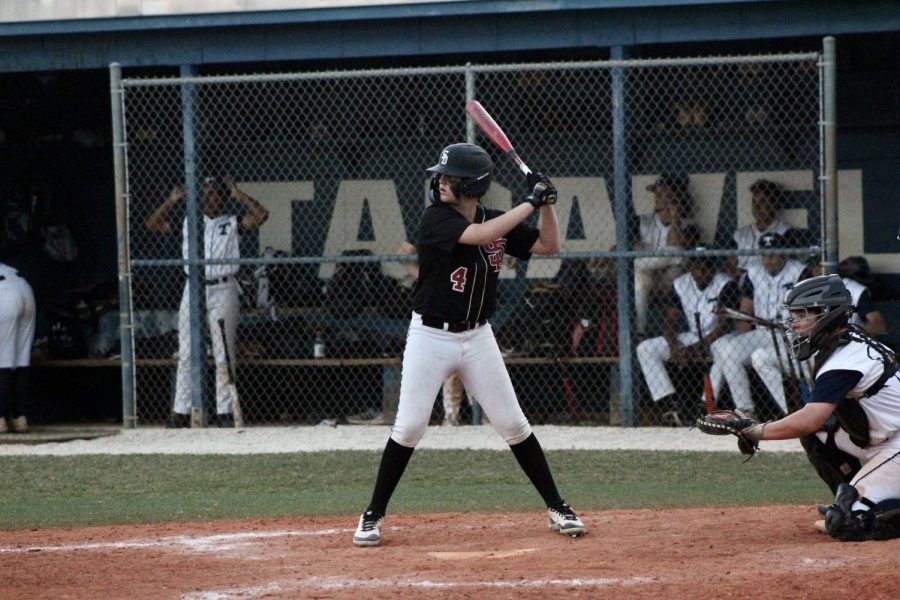 Stepping up to the plate, Andrew Sarro loads into his stance. With the bases loaded, Sarro looks to drive in runs, giving the Marjory Stoneman Douglas junior varsity baseball team an early lead. The pitch comes flying in and Sarro unleashes onto it, as the ball drives towards the outfield for a base hit.

Andrew Sarro is an exceptional baseball player and gets great grades in school. Sarro has moved around the country and has greatly benefited from his experiences doing so. With his hard work he has made the junior varsity baseball team for one of the best baseball teams in the country, Marjory Stoneman Douglas.

Sarro is a freshman at Marjory Stoneman Douglas. He is an outfielder and pitcher on the junior varsity baseball team. He is moving onto his first offseason of his highschool career and is planning on improving all around.

Sarro was just three years old when he started playing the game of baseball. His favorite memories from his youth are watching the Red Sox and playing little league baseball. His dad was the first person to introduce him to the game.

“I fell in love with the game and never stopped since,” Sarro said. “Me and my dad watched the MLB team, the Boston Red Sox, play, and I wanted to try it out.”

Andrew Sarro was born in Rhode Island, where he learned how to play baseball. During fifth grade, Sarro moved to Parkland, Florida. It was a tough switch for him, however, he has now made Parkland his new home.

“Moving to Florida was a great move for me and my baseball career as I have made a huge leap to the next level,” Sarro said.

Florida is one of the most competitive states for baseball, and MSD is one of the best teams in the nation as they won the national championship just last season. Thus, Sarro is presented with top competition.

“He’s a great competitor and a great leader,” teammate Erick Torres said, “I believe he will go far.”

Sarro receives a lot of love and respect from his teammates. He is considered a leader in the JV locker room, and his teammates look up to him and go to him for advice. They make him better at what he does best.

“They motivate me, they keep me working towards my dream,” Sarro said.

He has many role models in his life but his main one is Chris Sale, a pitcher for the Boston Red Soxs. He admires how competitive Sale is on the field and the way he throws his pitches.

Right now, Sarro has to focus on his highschool career, but he looks towards his next step of playing in college. Sarro is hoping to play baseball for his dream college, the University of Arkansas, which has a great baseball program.

“I would love [to play college baseball], I want to compete at the highest level and I think I have the commitment to accomplish that,” Sarro said.

Sarro’s favorite things to do besides playing baseball are to go out with friends and go to the gym. All the time he has spent at the gym has paid off. Without the gym, he wouldn’t have had his biggest accomplishment made possible.

“Making the [MSD] baseball team is by far my greatest accomplishment so far in my young career,” Sarro said.

Sarro just finished his first season on the junior varsity baseball team for Douglas, and he has three more years ahead of Douglas baseball for him. Sarro has a lot of training he has to do if he wants to make it to varsity, but he believes he can do it.

“I’ve worked really hard, and my biggest goal is to start next season and be a key player in my team’s success,” Sarro said.

Sarro has always wanted to play baseball past high school, whether it’s Division 3 or Division 1. It has been a lifelong dream of his.

Sarro truly loves baseball and would do anything to play. His plan is to train all summer long and make the varsity team next season.