[Opinion] Men struggle with mental illness due to unreasonable standards 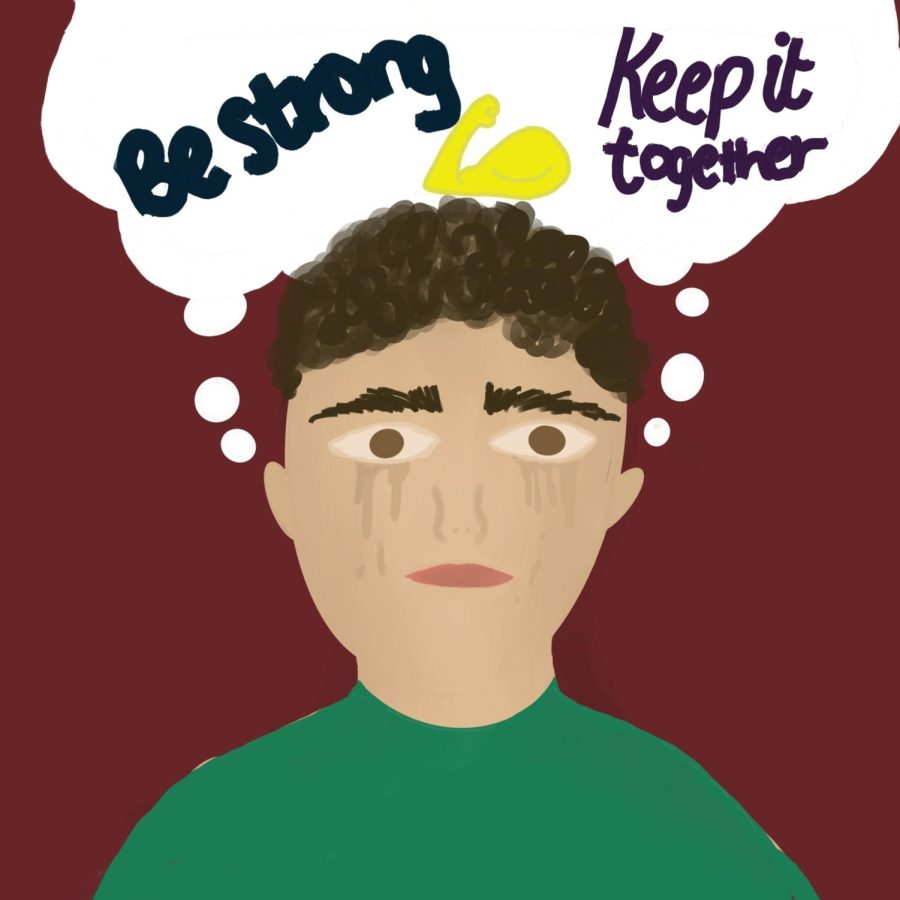 Men struggle mentally due to the societal standards placed on them.

Society has two extremely different expectations for men and for women when it comes to the stigma around them processing their own emotions. Men are seen by society as strong and secure, while women are viewed as sensitive and delicate. Men are constantly expected to keep in their emotions and never talk about their feelings.

While some people may find this expectation to be acceptable, others find it to be unfair and harmful. The mere idea that emotion is only applicable to one gender is bewildering. In some cases, it can even be damaging to a man’s mental health. Due to this idea, men tend to shut down and are hardly ever open to expressing their feelings according to thriveworks.com.

This corrupt way of thinking starts from early childhood where kids are told that ‘boys don’t cry’ and that they will be portrayed as weak if they do. This stigma plays a big role in the gender statistics of suicide: men are four times more likely than women to commit suicide. A potential reason behind this statistic is that depression is underdiagnosed in men. Men seek help for depression, but when they do it is most commonly described by their doctors as “stress.” Though men are commonly afraid to seek out help, it is one of the best ways for them to be open about their feelings.

This specific cultural norm has been encouraged from generation to generation. While facing the issue, some men don’t know how to respond and automatically give in and shut down their emotions altogether. They have given in to the cultural norm of suppressing their feelings, believing that is the very factor that makes them a man. They have developed an ill-advised mechanism, derived from the stigma that men don’t cry.

With a man that doesn’t think it is alright to cry, their feelings are being suppressed, creating an explosion waiting to happen. When a man is hurt in an emotional sense, they tend to channel their feelings into an approach that is more socially defensible, such as anger.

Rather than expressing their emotions with crying, a man will normally resort to anger or act aggressively towards something minimal. Because the cultural norms have made such a large impact on society with the idea that it is not admissible for a man to cry, it can give the impression that men don’t experience sadness at all.

These consequences include depression, anxiety and in very serious instances, consequences llikesuicide. According to a study conducted by psychologists from Harvard School of Public Health, individuals who suppress their emotions are at an increased risk of dying from heart diseases and different varieties of cancer. This research supports the results of other studies that have connected anger, anxiety and depression to the evolution of heart disease.

The solution to this problem is for men to adopt an attribute of vulnerability. Though it can be difficult for men to show their emotion, there are different ways that they can start.

Men can start by being honest with themselves about their feelings and expressing their emotions in ways that best suit them. This will release stress and tension and will allow decision making to be way easier. Another way to show vulnerability is to allow reflection on feelings through restorative hobbies which will reduce anxiety and relieve depression.

There is nothing wrong with a man allowing his vulnerability to be expressive. Emotions are extensive elements that make up a human and should not be suppressed or constrained regardless of gender.