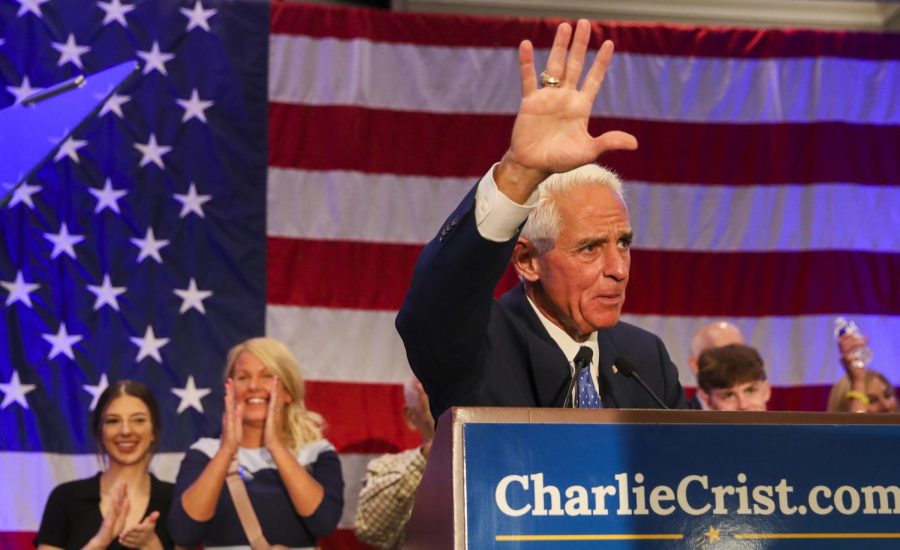 Charlie Crist addresses supporters after he is announced the winner of the democratic primary for the Florida Governor's race Tuesday in St. Petersburg. Courtesy of Dirk Shadd/TNS.

For the Democratic nomination for Florida Attorney General, Aramis Ayala won and will face off against incumbent Republican Ashley Moody.

“I know what it takes to bring about the systemic change this moment requires, and together, we will defeat Ashley Moody and overcome the backward progress and divisive, hateful rhetoric that has come to define her tenure as Attorney General,” Ayala said in a statement following the results.

Several BCPS School Board positions were up in 2022, including District Four, which includes MSD. Lori Alhadeff has held the position since 2018 and was re-elected on Tuesday, Aug. 23.

District Eight At-Large seat, held by Donna Korn, was on the ballot as well. Korn will head to a runoff with Center for Human Capital Innovation CEO Allen Zeman. Korn is at-risk of suspension by Florida Gov. Ron DeSantis, for failing to hold former BCPS Superintendent Ronald Runcie accountable.

BCPS’ referendum, pushed by both BCPS and Broward’s Teachers Union, passed. The funding will be used to increase teacher’s salaries and improve school safety.

People who wish to vote in the midterm election can register to vote by Tuesday, Oct. 11, and find their voting precinct on Vote.org.