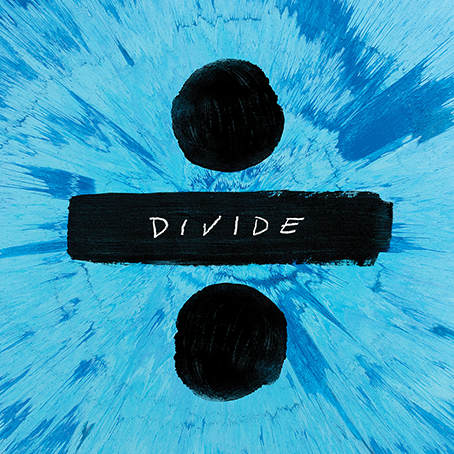 Fans worldwide have yearned for this pivotal music moment for over two and a half years. After a lengthy hiatus from releasing music, Ed Sheeran has announced the release of his newest album, “Divide.”

Sheeran has refrained from releasing any music of his own since his last album, “Multiply (X),” on June 20, 2014. That album was quite successful, receiving a Brit Award for MasterCard British Album of the Year, a People’s Choice Award for Favorite Album and an Echo Award for Best International Rock/Pop Male Artist. “Multiply (X)” also sold over 2 million copies, earning it a spot on the list of the 10 fastest albums to do so.

Sheeran announced to fans in September 2015 that he would not be releasing any new music for a while. The singer planned to take a break from social media as well, much to his fan’s dismay. Sheeran informed his fans of this plan with a series of tweets that detailed his hiatus.

The artist has since returned to social media and surprised fans on twitter on Jan. 1, 2017 by announcing that he would be releasing new music with a short video. The video showed Sheeran holding up a sign that read “New music coming Friday” with a caption that simply stated ‘Hello 2017…’

Sheeran then began to tweet brief videos of lyrics from his upcoming singles, followed by the name of his newest album and finally the album’s release date, March 3, 2017.

Of the sixteen tracks on the album, only two singles have been released by Sheeran so far, and can be heard here http://www.edsheeran.com/?frontpage=true. One of the two released is called “Castle on the Hill.”

“Castle on the Hill” was released on Jan. 6, 2017 and was written by Sheeran along with Benny Blanco, a songwriter and musician that he has worked with on pervious songs. The song centers around Sheeran’s childhood and growing up. It also touches on how those around him have changed as time has passed. Sheeran reminisces over his experiences in his hometown followed by a chorus of “I can’t wait to go home.”

“Castle on the Hill” is a song that definitely shows off Sheeran’s incredible vocal skills, especially during the chorus. The chorus is also extremely catchy; making others want to get up and sing a long when it plays.

The other of the two songs released by Sheeran on Jan. 6, 2017 was called “Shape of You.” This song has a more relaxed tune as compared to that of “Castle on the Hill.” Throughout the entire song, there are fairly simplistic beats to back up Sheeran’s vocals from various instruments.

The lyrics in “Shape of You” speak about Sheeran meeting someone that he finds attractive. The song’s chorus reads, “I’m in love with the shape of you” to convey Sheeran’s appreciation for the other person’s looks.

Both singles released by Sheeran are decidedly beloved as both remain in the top 10 songs on itunes, “Shape of You” achieving the top spot as of Jan. 19, 2017. Sheeran’s album is bound to be highly successful.