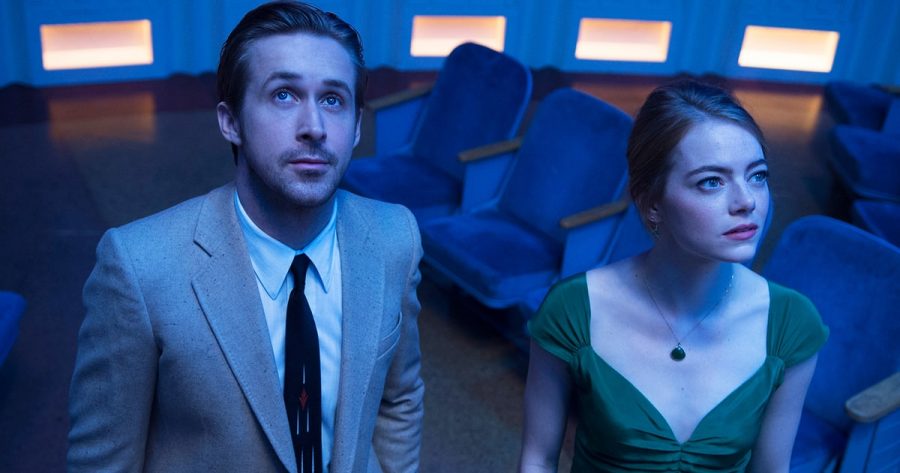 With a box office gross of $98.2 million and seven Golden Globes to its name and 14 Academy Award nominations, La La Land, directed by Damien Chazelle, has become a smash hit within just a month. The music and heartfelt story has touched the hearts of viewers and critics alike.

The story follows jazz pianist Sebastian (Ryan Gosling) with a dream of opening his own jazz club and aspiring actress Mia (Emma Stone), who fall in love over their common passion for their craft. Soon, though that passion and ambition conflicts with their love and they must find a way to balance both.

The movie was a breath of fresh air. It proves to those who think that the musical style of the ‘30s and ‘40s can still have a place in today’s world of entertainment.

Inspired by many classics, such as “Singing in the Rain,” “Meet Me in St. Louis” and “Wizard of Oz,” Chazelle was able to allude to many of them, while the movie also stands out as unique and contemporary in its own right.

Heartfelt, passionate and charming, this movie brings a reality to the screen about how one’s dreams can come true, but not always in the ways expected. The songs and dances, each distinctive and beautifully composed, captivate the audience and drew emotion from them.

While the songs were enthralling components of the movie, the actors and their chemistry were what really made the story a masterpiece. As Gosling and Stone develop their love story over multiple seasons, they are able to transform seemingly mundane people into multi-dimensional, interesting and engrossing characters.

Something audiences specifically enjoyed from the movie was the lesson that it tried to bring to viewers. It teaches that it is possible for passionate people to obtain their dreams, yet life has a way of causing one to take an unexpected path to achieve them or with everything that was wanted.

Without trying too hard or being to overstated, La La Land has easily become one of the highest praised movies of 2016, bringing back the movie musical genre of the early 20th century in the most appealing way possible.

The genius of director Chazelle has acquired the notice he deserves from critics, the movie industry and its many adoring viewers.