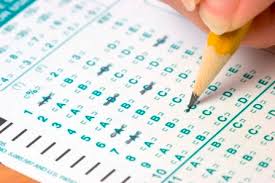 What if the score you received on a standardized exam did not count in terms of your acceptance into the university of your dreams?

The textbook definition of a standardized test is: any examination that’s administered and scored in a predetermined, standard manner. There are two major kinds of standardized tests: aptitude tests and achievement tests.

Achievement tests measure underlying ability and learning. While an aptitude is the ability to learn or to develop proficiency in an area – more like a talent- you either know it or you don’t.

In the state of Florida, mandatory tests includes: a Florida Standard Assessment (FSA) for all students grades 3-10, and for high school students and an end of course exam (EOC) for classes such as U.S history, geometry, algebra and biology. And finally, the two exams that determine your fate for college, the SAT and the ACT.

The SAT contains three sections; math, reading, and writing and language. The ACT however has four; reading, math, English and science. While both tests are tedious, some argue that one is easier than the other, based on their strengths and weaknesses.

High school level standardized tests such as SATs and ACTs should not determine an entry into university you have worked so hard to get accepted to.

Dedicated students all around the country are impelled to achieve A/B-honor roll reputations. Consistently passing their classes with a stellar GPA, volunteering for community service hours and enrolling in no less than 3 on-campus clubs; all the essentials for the perfect student are there.

Despite all of the hard work students put into their grades at school, a single bad standardized test score could change everything. This happens often with students that are so tied up with their academic scores on campus that they formulate less time into preparing for mandatory standardized tests.

For instance, this year’s juniors must start preparing for application to a university, this includes campus tours, and meetings with their brace advisers to discuss the requirements, ect.

College in general is already extremely stressful, and I believe that the expectation of a 17-year-old obligated to decide what he/she wants to do or study for the rest of their life, is absurd.

I believe a college should look at who the kind of person they’re accepting truly is. Their past, their culture, their weaknesses and strengths. And cope with that. After all, college is just an extension of high school right? Students should still be learning and improving their abilities throughout college. Not be expected to master the subject on their own just months after receiving their high school diploma.