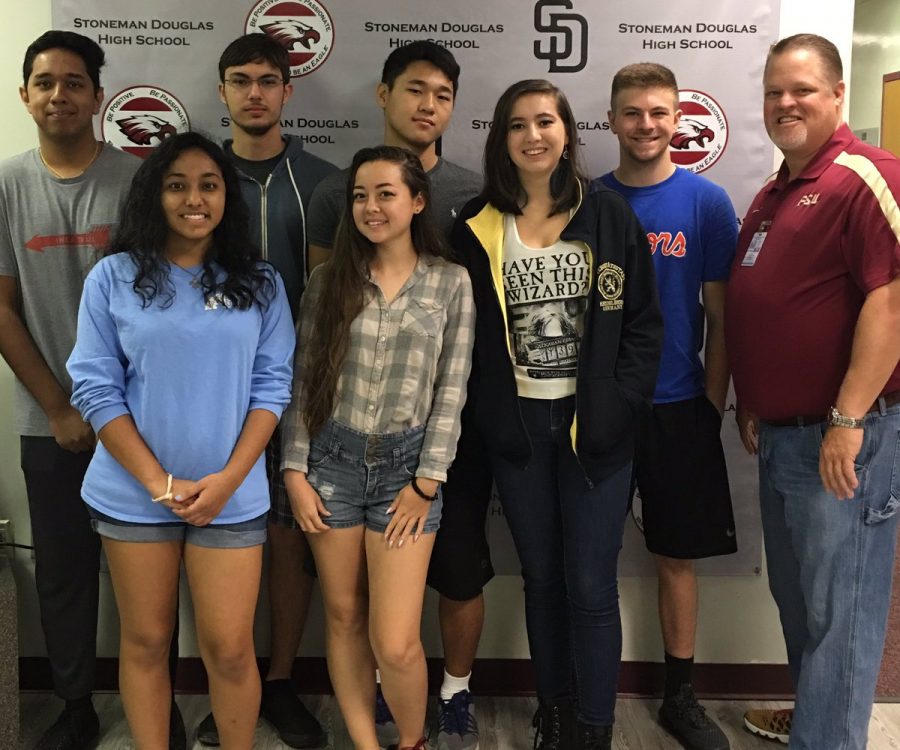 “When I first entered the program, I didn’t really expect to place so high because the test seemed pretty challenging to me,so I was really happy to hear that my score qualified me,” semifinalist Nikhita Nookala said. “As we continue with the school year, I hope to continue the same trends I always have in school: staying involved and getting good grades by putting forth 110 percent of my effort.”

After the semifinalists are chosen, 15,000 move on to become finalists based off of academic performance and SAT scores that confirm their PSAT/NMSQT performance. The qualified finalists will be announced in February 2018.

Out of the 50,000 students about 34,000 receive commendation letters to recognize their academic promise, but do not advance into the semifinals. The other 16,000 students are recognized as semifinalists. From there they go on to compete academically to secure a spot as a finalist.

“To be honest, the most difficult part is already done, which is actually qualifying as a semifinalist and performing equally well on the SAT,” semifinalist Aeva Jazic said. “At this point, I plan on continuing to do what I have always been doing: maintaining my record of high academic performance in challenging courses and pursuing my personal interests through my extracurricular activities and involvement in the community.”

Beginning in March and going into June 2018, around 7,500 finalists will be notified that they have received merit scholarships, which are awarded based on the academic abilities and accomplishments in the finalists’ application materials.

According to the National Merit Scholarship Corp., the program was founded in 1955 during the Cold War—a time where there was concern that the U.S. was beginning to fall behind the communists academically; however, the public remained indifferent in rewarding academic and intellectual accomplishment. In response, the NSMC was created to encourage American youth to develop their academic ability to the fullest and, it continues to inspire students at MSD and across the nation.