[Brief] Astronomy Club off to a stellar start 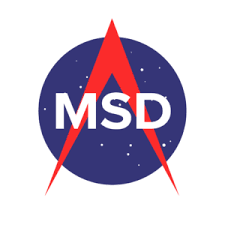 Thursday, Oct. 10 marked the first Astronomy club meeting of the year to be led by its two newly elected presidents, Lewis Mizen and Richard Doan. The duo discussed their plans for the year, involving fundraisers, field trips and general activities.

The meeting opened with discussion of fundraisers, such as their Chipotle fundraiser in November and their dog wash fundraiser later in the year. They moved on to name other future plans, including an unofficial field trip on Nov. 17 to Billy Swamp Safari and a NASA field trip on Jan. 9.

The club’s biggest project of the year, Project Aquila, is already underway, with the first official meeting tomorrow, Oct. 10. The meeting is mandatory for all who wish to join in the November launch.

Project Aquila, run by Justin Hing, is a yearly student project. The club members construct a weather balloon and attach a camera to it. Then, they proceed to launch and track the progress of the balloon. After it pops, students will travel far to find it.

Overall, students remain optimistic about the future of this organization.

“I’m really looking forward to the many trips and activities planned later in the year,” senior Alex Bell said.

The next meeting is Tuesday, Oct. 24.