Student assists those in need during Irma

During the week of Sept. 11, Marjory Stoneman Douglas High School senior Justin Fuchs helped his community to combat the impacts of Hurricane Irma. Fuchs visited houses of his family and friends to help prepare. He tried to ensure that there would be minimal damage to their houses once the weather subsided. 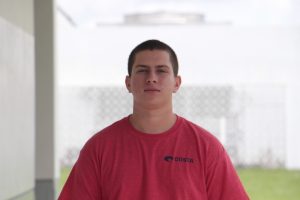 “I went around the neighborhood and to my family’s houses and my friends’ houses” Fuchs said. “I put up shutters and helped gather any extra supplies that were needed.”

In addition to preparing, Fuchs also visited his friends and family after the hurricane. He helped clean their houses and he helped reverse the damage.

“I went to my family’s houses and a couple of friends’ houses,” Fuchs said. “I helped to take down the shutters.”

While other parts of Florida received major destruction, Parkland only experienced minimal damages.

“There was not a lot to clean up from where I was; there was not as much damage,” Fuchs said. “We were very lucky, since the damage could have been worse.”

After learning about the devastation that occured in other areas due to Hurricane Irma, Fuchs was thankful that his town was not heavily impacted. Several members of the Coral Springs community expressed gratitude for the amount of hard work put in by the city’s residents to help with Irma’s effects.

“I am very impressed with and proud of the staff within the city,” Coral Springs city manager Michael Goodrum said. “They did an amazing job.”

Hurricane Irma was not as detrimental as Fuchs initially expected. Fuchs’s preparation for the hurricane helped keep him and his family safe. His assistance played a role in bringing the community along a path of recovery after the storm.