Why you should be a vegan 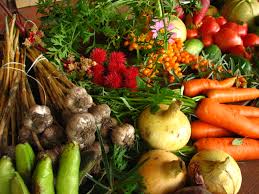 From diets like juicing and eating 10 eggs a day, many celebrities swear their crazy diet fads keep them in shape. Besides these outrageous attempts to lose weight, there is actually a lifestyle that guarantees long-term health in both physical and mental aspects: veganism.

Veganism is a lifestyle diet in which a person refrains from eating any animal products including meat, eggs, dairy products and any other animal-derived substances such as honey. A vegan not only improves their own health, but also the environment around them.

Scientists have recently been discovering the drawbacks of animal products. For example, meat has a high content of saturated fat and cholesterol, which can greatly increase the risks of cardiovascular diseases such as heart attack, atherosclerosis, high blood pressure, stroke, heart failure and diabetes. Eating dairy has similar risks including heart disease, prostate cancer, breast cancer and ovarian cancer.

Hormones are another factor involved with eating animal by products. There have been multiple studies linking hormones to food-borne illnesses, such as the “Reporting of Foodborne Illness by U.S. Consumers and Healthcare Professionals,” conducted by the National Center for Biotechnology Information.

The New England Journal of Medicine study from Oct. 18, 2001, found that 20 percent of ground meat obtained in supermarkets contained salmonella. Of that 20 percent that was contaminated with salmonella, 84 percent was resistant to at least one form of antibiotic.

Though some nutritionists and doctors may recommend consuming an appropriate amount of dairy and meat, there have been recent studies completely contradicting this idea. Clinical research has shown that meat has little or no benefit to bones while it has been linked to many illnesses.

For example, in large Harvard studies of male health professionals and female nurses, individuals who drank one glass of milk (or less) per week were at no greater risk of breaking a hip or forearm than were those who drank two or more glasses per week. When researchers combined the data from the Harvard studies with other large prospective studies, they still found no association between calcium intake and fracture risk.

There have also been relations between fatigue, pimples, weight gain and bloating and these foods. These effects that people try to avoid would be reduced by eating a plant-based diet. Having energy, happiness and being satisfied are the results of some people’s lifestyle change.

The less work the body has to do, the more energy it can provide.  Plant-based food keeps the body from having to break down animal products that are difficult to digest. Eating these natural foods that are loaded with amino acids and healthy fats keep the body from becoming bloated while making people feel full at the same time.

Many who are against the diet may argue that vegans do not eat enough food. A plant-based diet does greatly reduce one’s calorie consumption, but one must make a conscious effort to eat enough so they receive a sufficient amount of nutrients. The key point to veganism is to eat enough good foods until you are full and satisfied.

There are many vegan-friendly food options including breads, fruits and vegetables as well as meat and dairy alternatives, such as Morningstar and Daiya.

Veganism supports a cruelty-free lifestyle as well. Animals of all types are saved from slaughter houses where they are abused and killed. Over 56 billion farm animals are killed every year by humans and around 1 trillion fishes are slaughtered.

The more people that stop eating animals, the more lives would be saved. Though it seems like a large number, billions of animals would be rescued from such harsh conditions if people stopped supporting the industry.

Though becoming vegan may be a big jump, small diet changes can eventually lead to becoming fully plant-based. The health that benefits not only us but others too is worth making the switch.