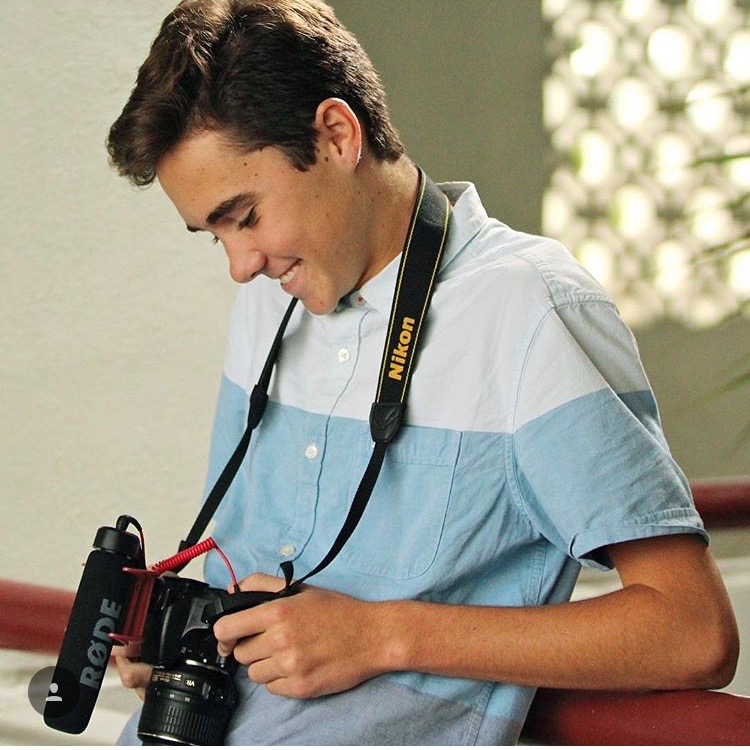 In Redondo Beach, Calif., Marjory Stoneman Douglas High School senior David Hogg and his friend Thomas decided to spend their summer afternoon at Topaz Jetty, a local beach buzzing with visitors. Their excursion took an unexpected turn, ultimately going viral, when Thomas, who was a frequent visitor to the beach, set his boogie board on a trash can to prevent it from getting sandy.

He was confronted by a nearby lifeguard, who demanded that he remove his board immediately. Thomas obediently complied and removed his board.

“I didn’t know it was a crime to put your board on a trash can” Thomas said according to Hogg.

To his surprise, and to 680,627 youtube viewers, this simple comment infuriated the lifeguard tremendously. As the boys returned to their spot on the sand, the lifeguard followed. Standing inches away from the young man’s face in a hostile stance, the lifeguard continuously reprimanded the boy telling him things like “no one cares about you” and to “leave and never come back.”

Hogg captured on the lifeguard’s power trip on camera and after posting it on the social media platform, reddit,the video went viral. Only a few days after the incident, Hogg appeared on CBS Los Angeles to share his experience.

“I expected the outcome of my video to essentially be some reaction because I knew the lifeguard was being a bit of a jerk, but I never expected it to go that viral,” Hogg said. “By the time the news contacted me I was already kind of expecting it because the video had over 600,000 views.”.

It is no surprise that Hogg’s first instinct was to pull out his camera when faced with a potential threat. Through his reporting experience at WMSD-TV, the TV Production program at MSD, Hogg has proficient camera and editing skills — and they have clearly paid off as shown by the number of views on his video.

“I’m always living in the moment and trying to get the best shot that I can, and expose and record important things happening” said Hogg.

When Hogg saw the lifeguard approaching his friend, he knew that he just had to capture whatever was about happen on camera.

“You can see clearly in the video that he was trying to intimidate my friend and was essentially trying to get him to fight him, and that’s not cool,” Hogg said. “He needed to act in a more professional manner.”

The attention Hogg’s video received was not taken lightly. After being contacted by LA county and the LA chief of the fire department, Hogg was interviewed by internal affairs. While the exact fate of lifeguard was not disclosed, he was disciplined, and will probably not make an attempt to intimidate teenagers anytime soon.

“By showing other people the wrongs of any society or any situation —you expose them,” Hogg said. “Even though it may not go viral like mine did, it still gives them that exposure and I think that’s really what our generation can take advantage of: the power of the internet.”

While people oftentimes may find themselves defenseless against authority, Hogg is an example of how the internet has provided this generation with protection against wrong. It allows people to rally together, and form a voice far more impactful than one person could accomplish on their own.

“I would have reacted completely differently [than my friend] because I tend to obey orders a lot more than speak out against things that are wrong even as much as I’d like to say I don’t,” Hogg said. “Without my friend continuing on, to essentially point out what this lifeguard was doing to him and why it was wrong, nothing would have changed.”

This altercation is one of many instances that bring inquisition of the conduct of authoritative figures. Whether they be police officers, government officials, or in this case, lifeguards, it can be hard to determine who is guilty and when enough is enough. But when these authoritative figures, who are supposed to make people feel safe, make people feel threatened instead, a line must be drawn.

“From my friend’s reaction, what I learned from it is to stand up for what you believe -what you know is right- rather than just be passive and accept what outcome you believe you have, because you never know what can happen.” said Hogg.

With a camera in his hand, Hogg will continue to follow his passion of capturing the world around him and sharing it with anyone able to appreciate it.